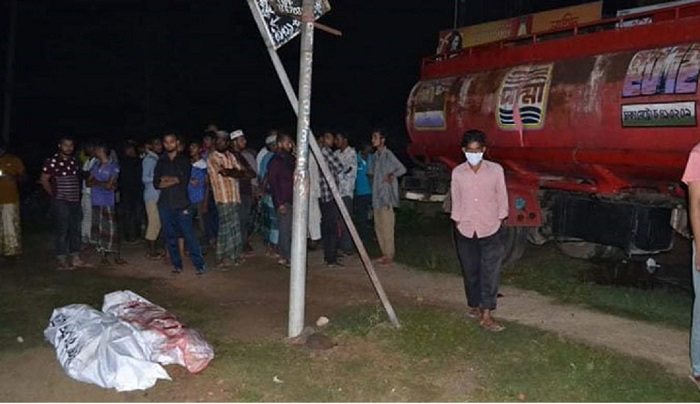 Two people were killed and another was injured in a tank lorry explosion at a workshop in Dakshin Surma upazila of Sylhet early today.

The deceased were identified as workshop’s worker Komor Uddin (35), a resident of Kuchai area and lorry driver Monir Ahmed (50).

The fuel-laden lorry suddenly caught fire and exploded while the vehicle was being repaired at ‘Ma Engineering Workshop’ in Kuchai area around 12:30am, said Akhter Hossain, officer-in-charge of Moglabazar Police Station.

The explosion left Monir and Komor dead on the spot and another injured, said the OC.

Raihan Chowdhury, station officer of Sylhet Fire Service and Civil Defence, said, after being informed, a fire-fighting unit rushed to the spot, doused the blaze and recovered the bodies.

The incident originated from an electric short circuit while repairing the tank lorry, he added.

No Eid Jamaat at Sholakia this year