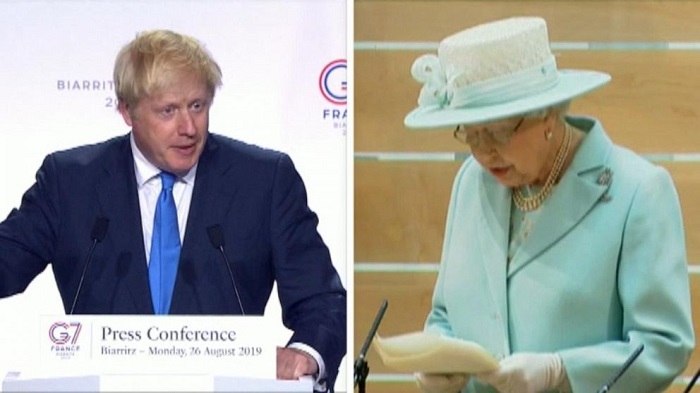 Queen Elizabeth II gave her formal assent Thursday for Britain to end its decades-long involvement in the European Union and seek a more independent but uncertain future at the end of the month.
The head of state’s ceremonial approval of the withdrawal legislation allows Britain to leave its closest neighbours and trading partners after years of bickering and three delays.

Two top EU officials in Brussels are expected to sign the separation treaty on Friday and Prime Minister Boris Johnson — the pro-Brexit figurehead of Britain’s seismic 2016 referendum — will put his name on it in the coming days.”At times it felt like we would never cross the Brexit finish line, but we’ve done it,” Johnson said after both houses of the British parliament ratified the withdrawal bill on Wednesday.

“Now we can put the rancour and division of the past three years behind us and focus on delivering a bright, exciting future.”

The January 31 split caps a remarkable political comeback for Johnson at one of the most difficult points in Britain’s post-war history.

He quit former prime minister Theresa May’s government in 2018 in protest at what he viewed as her pro-European separation terms.

Johnson returned as May’s successor in July last year and has since managed to negotiate his own deal with Brussels and regain the government’s control of parliament in a risky early election last month.

The rest was a formality. Lawmakers barely debated the withdrawal agreement before passing it — even though critics called it worse for Britain than the one reached by May.Johnson will celebrate his victory by issuing commemorative coins and chairing a special cabinet meeting in England’s pro-Brexit north on January 31.

Johnson will now be responsible for defining the terms on which Britain trades and shares everything from data to fishing waters with the remaining 27 EU member states.

The formal talks are not expected to begin until March but the war of words is already intense.

Johnson rejects EU arguments that the end-of-year negotiations deadline is too short to reach a comprehensive deal.

The UK government is also demanding the post-Brexit right to set its own rules on politically sensitive issues such as environmental standards and workers’ rights.

EU officials say this will give Britain an unfair advantage and are threatening to retaliate with tariffs and quotas that could hit the UK auto and pharmaceutical industries especially hard.

“There can always be a risk somewhere,” she said in Frankfurt. “But I think in good conscience we have covered everything that we thought was necessary.”

Some analysts believe Johnson is prepared to pay the price of short-term economic damage in order to deliver on a pledge to “get Brexit done”.

He argues that greater flexibility will help him reach a quick post-Brexit agreement with the United States and other nations that are growing much faster than those in Europe.

US officials say they are eager to strike a deal with Johnson.

An agreement “is an absolute priority for President (Donald) Trump and we expect to complete that with them this year,” US Treasury Secretary Steven Mnuchin said ahead of his arrival in London this weekend.

US Commerce Secretary Wilbur Ross added that Johnson would have an easier time with Washington than Brussels because “there are far fewer issues between the UK and US.”

Johnson is expected to lay out his vision for the post-Brexit agreement with Brussels in a big policy address early next month.

“Once we have left the EU in just over a week’s time we’ll be free to start having discussions with countries around the world including the US,” Downing Street said Wednesday.