Upgrade universities to world-class ones: President 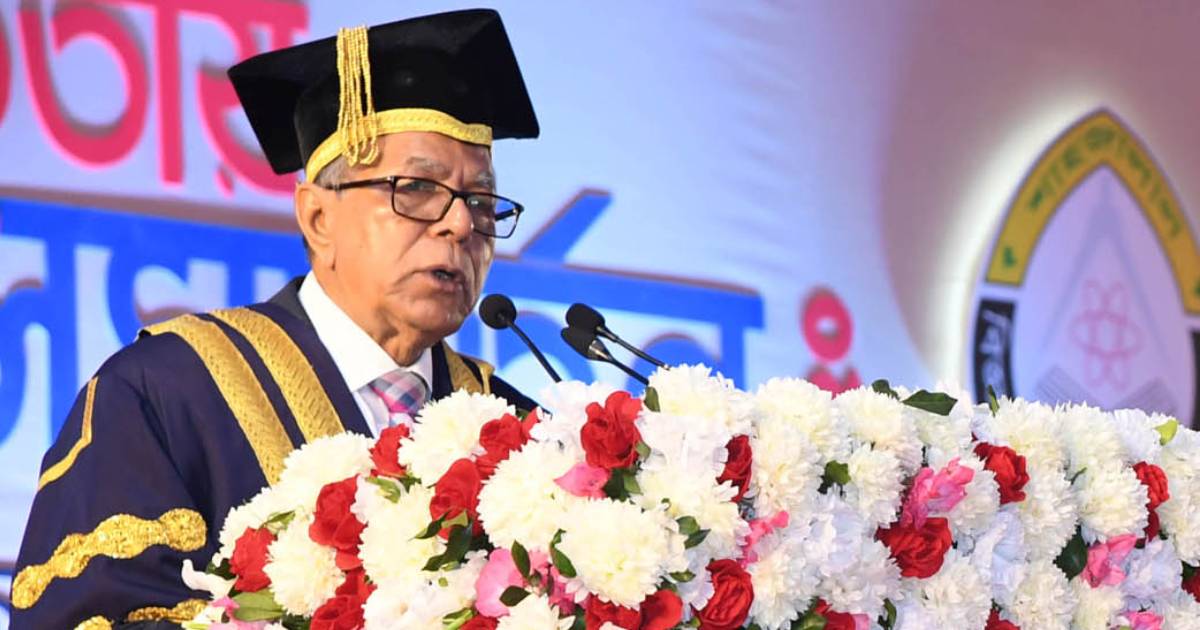 SUST Correspondent : Mentioning teachers as the lighthouses of a nation, President Abdul Hamid urged all to come forward to play their due role in making the universities in Bangladesh as world-class ones.

“You (teachers) are the lighthouses of the nation. General people keep their faith in you… so, it’s my request to you all, please come forward to play your due role in establishing the universities [in Bangladesh] as world-class ones and guide people to the path of welfare and development through your knowledge and wisdom,” he said.

The President was delivering his speech at the third Convocation of Shahjalal University of Science and Technology (SUST) on its campus.

Reminding the golden history of education of this region, Hamid said, “Many students from different parts of the world used to come here for attaining knowledge. I want you to make every university of Bangladesh as a centre of knowledge.”

Stressing the importance of attaining self-reliance in Bangladesh’s technology sector, he said relentless research is needed in this sector as the country’s progress depends on inventions of the latest technologies and their expansion.

Expressing the hope that the students will set more examples in this sector, the President said: “There’s no alternative to technological knowledge in this era of globalisation to meet the demand of both the state and mass people. The capability in technology sector is making it possible to reach the benefits of development to the doorsteps of people.

Terming the youth the driving force for the country’s development and positive change, Hamid said, “You know it very well who’ve inspired you and extended financial help to gain knowledge and build yourselves as true human being – they’re our general people. So, the nation expects you to play a responsible role for the people of Bangladesh.”

Praising the SUST activities, the President hoped that this university will uphold its reputation to play a pivotal role in building militancy-free, scientific-minded generation imbued with the ideal of Father of the Nation Bangabandhu Sheikh Mujibir Rahman and great Liberation War.

The third convocation of the university was held after a 12-year break as the second one was held on December 6, 2007 while the first one on April 29, 1998.

A total of 6,750 students registered their names to receive certificates at the convocation.

A total of 20 students received President’s Gold Medal. Besides, 89 students who stood first in their departments received the vice-chancellor award.

Vice-Chancellor of the university Farid Uddin delivered speech while writer Syed Manzoorul Islam joined it as the Convocation Speaker.

Secretaries concerned to the President were also present at the ceremony.

Voter lists could be updated till March 1; bill okayed