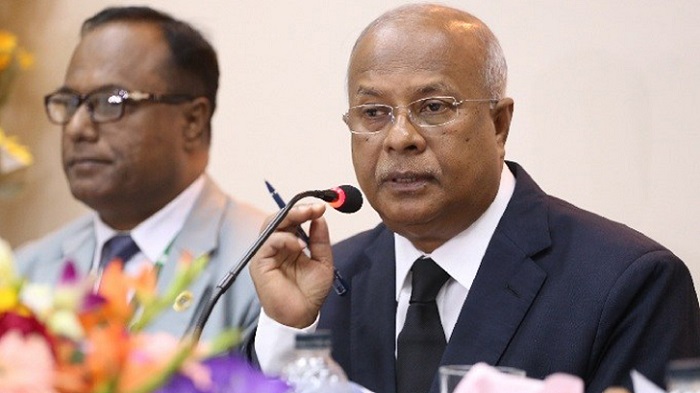 Anti-Corruption Commission (ACC) chairman Iqbal Mahmud has warned that the anti-graft body would no longer allow corrupt people to live happily and peacefully.
“Those, who amass illegal wealth by looting public money, can live a luxurious life no more,” he said.

The ACC chief came up with the warning while talking to reporters after inaugurating a day-long programme at the ACC headquarters in Segunbagicha in the capital marking the International Anti-Corruption Day on Monday morning.Iqbal Mahmud said, “I want to tell those, who are living in peace and happiness by grabbing public wealth illegally, that the commission will not allow this to continue. The ACC will take action against corrupts, no matter whoever they are. They won’t be allowed to consume their illegal wealth.”

December 9 is observed as the International Anti-Corruption Day to mark the adoption of the UN Convention against Corruption (UNCAC) in 2003. Like other countries of the world, the country is observing the day today.

The ACC arranged an anti-corruption cartoon exhibition and launched a mass signature campaign marking the day.

The anti-graft body was also set to form a human chain from the capital’s Institution of Engineers, Bangladesh (IEB) to Shahbag intersection.

Hopeful of bringing back another Bangabandhu’s killer in Mujib Barsho: FM