Iran unveils budget of ‘resistance’ against US sanctions 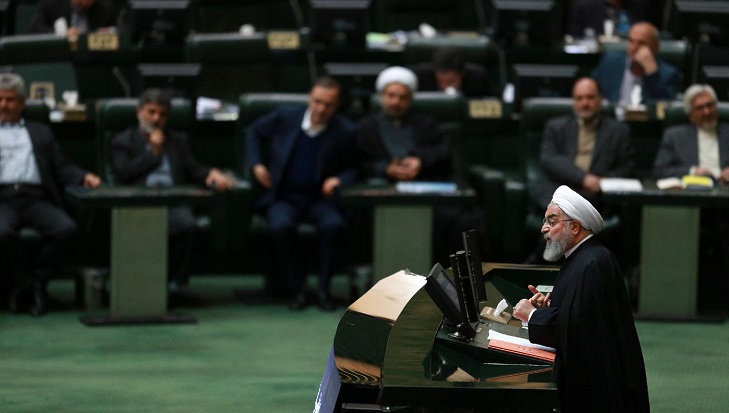 Iran’s President Hassan Rouhani on Sunday presented to parliament what he called a “budget of resistance” against crippling sanctions imposed by arch-enemy the United States.
“Next year, similar to the current year, our budget is a budget of resistance and perseverance against sanctions,” Rouhani told parliament in remarks broadcast on state radio.
Share FacebookTwitterGoogle+ReddItWhatsAppPinterestEmail