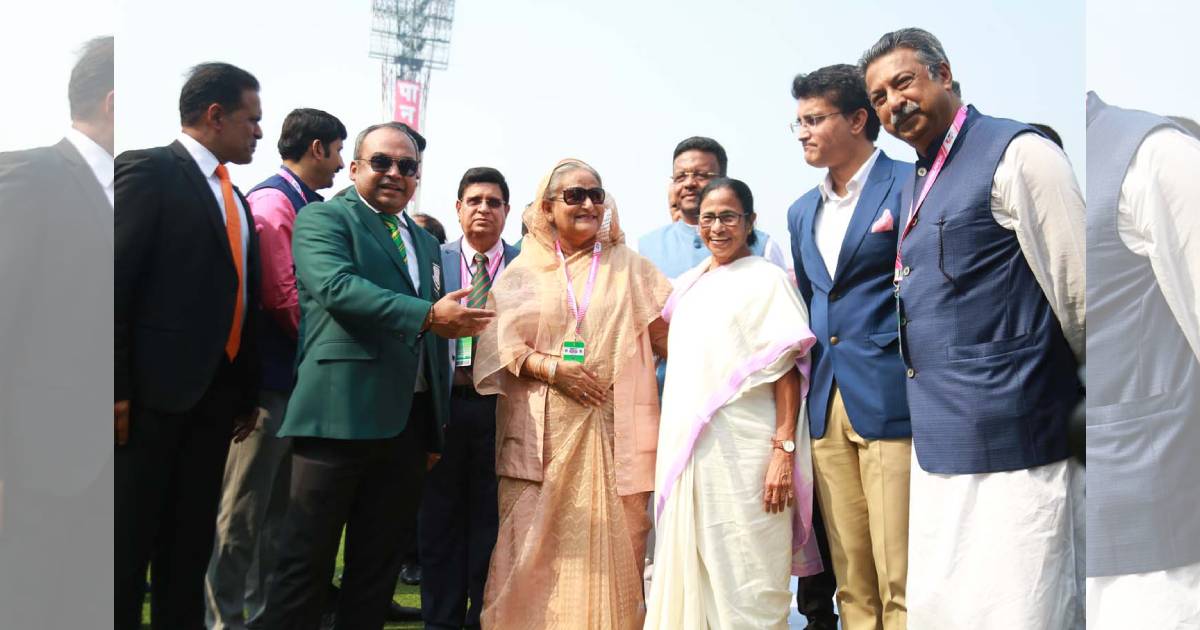 Prime Minister Sheikh Hasina and Chief Minister of West Bengal Mamata Banerjee on Friday rang the ceremonial bell for the opening of the historic day-night Test match between Bangladesh and India at the Eden Gardens Stadium in Kolkata.

The Prime Minister arrived at the Eden Gardens at 12:25pm (local time) and rang the bell at 12:55 pm along with Mamata Banerjee to inaugurate the historic Test match that will be played with ‘pink ball’ from November 22 to 26.

In the first-ever day-night match for the two teams, Tigers won the toss and chose to bat first.

She arrived here on Friday morning to join the opening ceremony of the Test match at invitation of her Indian counterpart Narendra Modi and President of the Board of Control for Cricket in India (BCCI) Sourav Ganguly.

But Narendra Modi could not join the event in Kolkata due to his pre-occupation.

During her visit to Kolkata, Prime Minister Sheikh Hasina is being treated as a state guest.

After watching the first session of the second Test match, the Prime Minister will return to her place of residence — Hotel Taj Bengal Kolkata.

In the evening, she will again go to the stadium. After the first day’s match, she will attend a small cultural programme to be followed by a felicitation programme arranged by the Cricket Association of Bengal at the ground of Eden Gardens Stadium and deliver her speech.