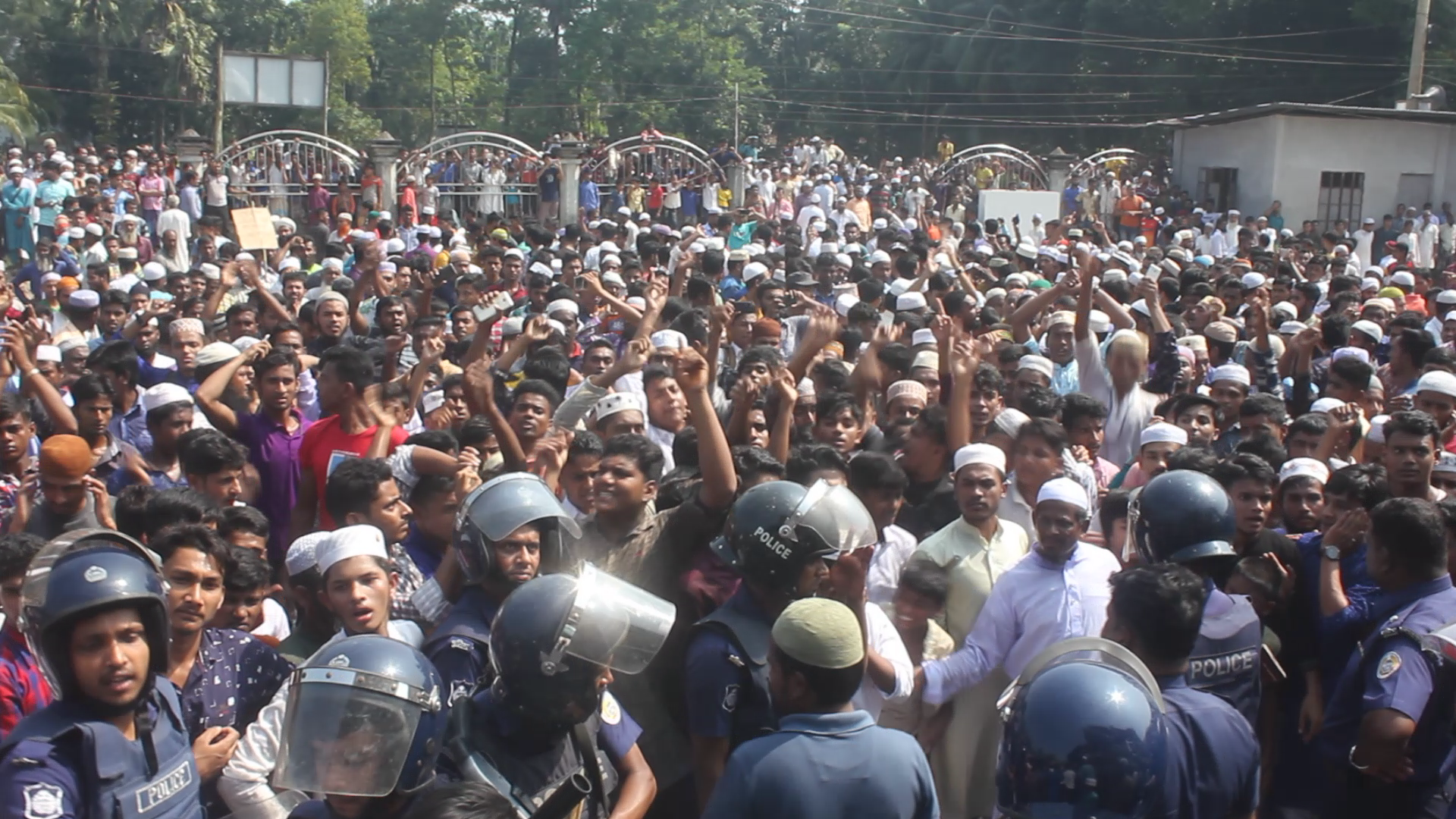 Bhola, Oct 20 : Four people  killed while some two hundred got injured in a clash between police and locals demonstrating in Borhanuddin upazila on Sunday, demanding punishment of a youth over a Facebook post allegedly hurting religious sentiments.

All of them were admitted to the hospital in between 1:30 pm and 5pm, he added.

“The clash occurred centering the hacking of a Facebook ID on October 18. We detained all those involved in ID hacking. They’re now in custody. We sat in a meeting with local influential people, public representatives, imams and Alem who had assured us that they wouldn’t hold their scheduled protest programme today,” he said.

But, today they started taking preparations to hold the programme which prompted police to appear at the scene, the SP said.

“When we were leaving the place after the rally, some people started throwing brick chips at us forcing us to take shelter in an adjoining building and fire blank shots,” the SP said.

Three people were killed and a policeman suffered bullet wounds during the clash, he said.

Md Enamul Haque, officer-in-charge of Borhanuddin Police Station, said Biplob on Saturday came to the police station to file a general diary claiming that his Facebook account was hacked.

“Biplob also said someone demanded extortion from him over mobile phone,” he said.

Visiting the spot, Ali Azam Muku MP, said “The families of the victims will be provided financial aid.”

A policeman too was shot and is receiving treatment at the Combined Military Hospital (CMH) in Dhaka, the DIG further said.

Who fired the shot that injured the policeman will be known after investigation, he said. There have been no reports as yet to indicate the public were armed.

“A platoon of BGB troops was sent to the spot by helicopter while another three platoons were on their way by road to tackle the situation,” said Md Shariful Islam, public relations officer at the Border Guard Bangladesh (BGB) headquarters.

That would be in addition to the platoon dispatched by the Coast Guard already deployed at the spot, said Lt. Hayat-Ibne-Siddique, media officer at Coast Guard headquarters.