9 Bangladeshis were in KSA bus that crashed Thursday 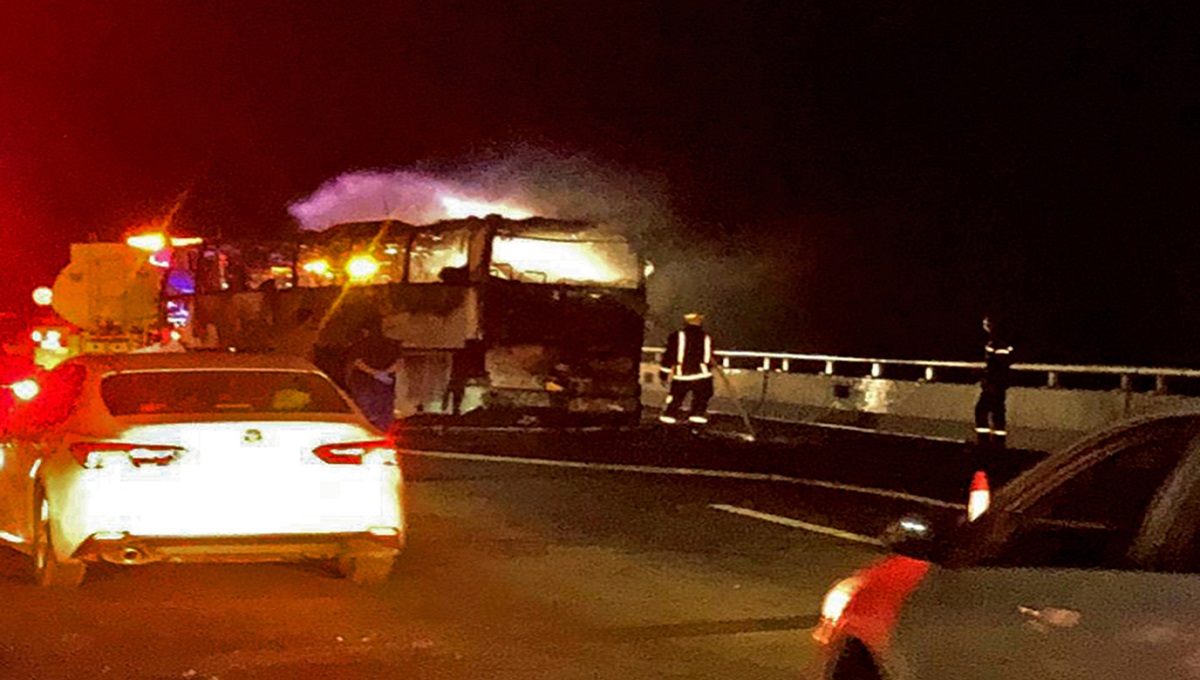 Dhaka, Oct 19 : Nine Bangladesh nationals were among the passengers in the bus that collided with a heavy vehicle near Madina recently but their fate is not yet confirmed, said the Bangladesh envoy on Saturday.

Bangladesh Ambassador to Saudi Arabia Golam Moshi told UNB that nine Bangladesh nationals boarded the bus as per its record. “But it only could be confirmed through DNA test.”

Thirty-five foreigners were killed and four others injured as the bus collided with the heavy vehicle on Thursday, according to international media.

On the day, Foreign Minister Dr AK Abdul Momen expressed deep condolences and sympathies to Foreign Minister of the Kingdom of Saudi Arabia Dr Ibrahim bin Abdulaziz Al-Assaf over the loss of lives and injuries in the bus accident near Madina.

Foreign Minister Momen, in a message to his Saudi counterpart, prayed for salvation of the departed souls.

He also prayed that the families and near and dear ones of the victims may have enough fortitude to withstand the losses.

The Foreign Minister wished speedy recovery of the injured.

George Floyd death: Violence erupts across US on sixth day of protests