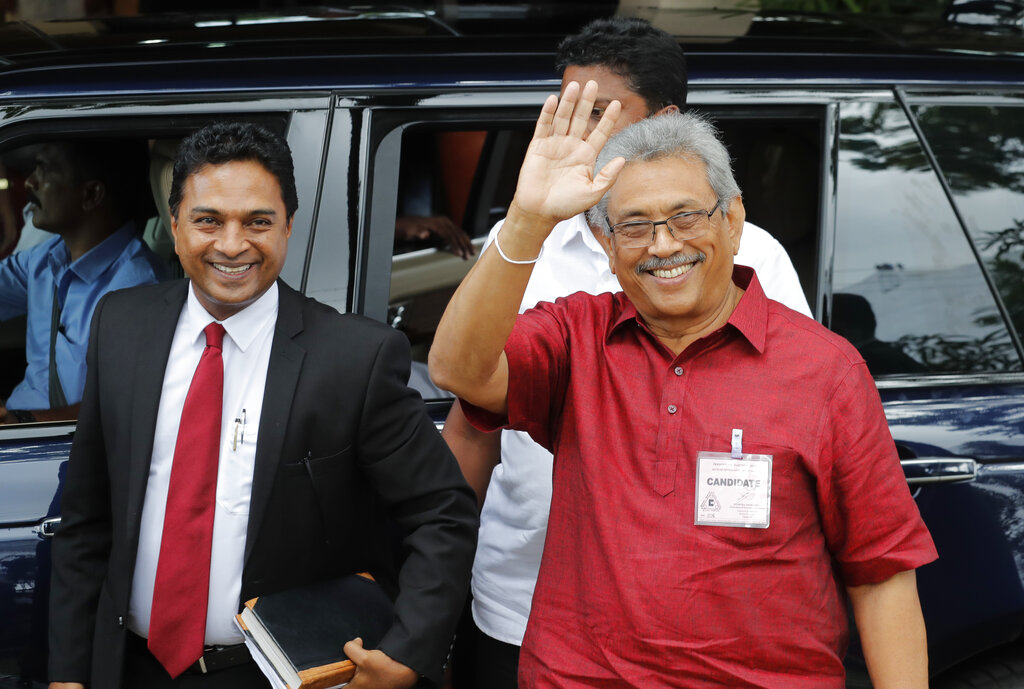 He says Sirisena took the decision because questions could arise on the impartiality of police, which he is in charge of it.

Party Vice President Mahinda Samarasinghe says the decision to support Rajapaksa was taken in the backdrop of a volatile security situation after Easter Sunday bomb attacks that killed more than 260 people.

Rajapaksa is a former defense minister popular for his role in ending a long civil war with Tamil rebels. He has been accused of condoning rights abuses.