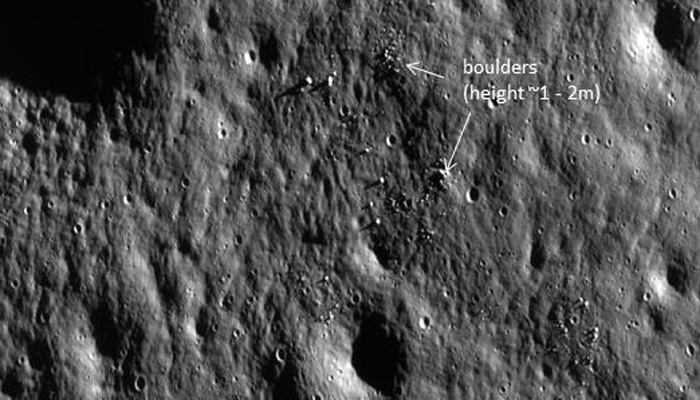 The Indian Space Research Organisation (ISRO) has released the pictures of the moon surface clicked by the Orbiter High Resolution Camera (OHRC) mounted on the Chandrayaan-2 Orbiter.
According to the ISRO, the pictures taken by the Orbiter from a height of 100 km from the moon surface are part of the Boguslawsky E Crater — measuring about 14 km in diameter and 3 km depth — and surroundings which lie in the Southern Polar region of the moon, reports Ians.The ISRO said the image also shows boulders and small craters on the moon.

According to ISRO, the OHRC has a spatial resolution of 25 cm from a height of 100 km and a swath of 3 km and is key for lunar topographic studies of select regions.

Feel anxious visiting a dentist? This could be the reason

2nd special flight from US with stranded Bangladeshis due…