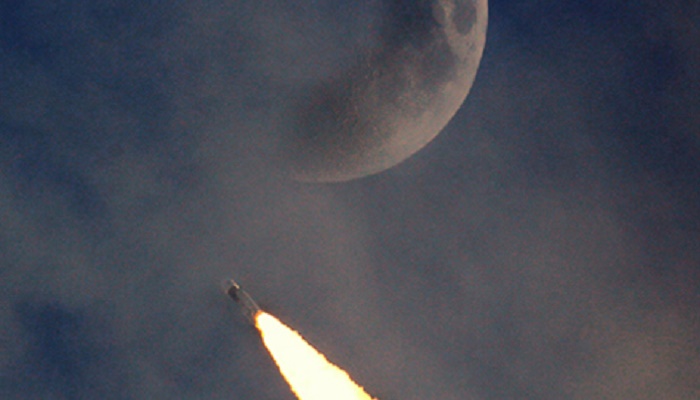 The Chandrayaan 2 lander had a “hard landing” when it lost contact with the ground station during a historic attempt to soft land on the lunar surface, NASA said today, adding that a team of scientists at the US space agency has not been able to locate it, reports NDTV.

“The Chandrayaan-2 lander, Vikram, attempted a landing September 7 (September 6 in the United States), on a small patch of lunar highland smooth plains between Simpelius N and Manzinus C craters. Vikram had a hard landing and the precise location of the spacecraft in the lunar highlands has yet to be determined,” NASA said in a statement and released pictures of the targeted landing site, labelling the craters.

The pictures were captured by NASA’s Lunar Reconnaissance Orbiter (LRO) spacecraft during its flyby on September 17. The images were taken at dusk, and the team was not able to locate the lander, the US space agency said.

It is possible that the Chandrayaan 2 lander is hiding in a shadow, it added. “The scene above was captured from a Lunar Reconnaissance Orbiter Camera (LROC) Quickmap fly-around of the targeted landing site image width is about 150 kilometres across the centre…so far the LROC team has not been able to locate or image the lander. It was dusk when the landing area was imaged and thus large shadows covered much of the terrain; it is possible that the Vikram lander is hiding in a shadow,” the statement said.

The moon orbiter will try to “locate and image the lander” again in October when lighting will be favourable, NASA said.

The deadline to contact Vikram, which had a 14-day mission life, ended on Saturday last as lunar night began to fall in the south polar region of the moon where the lander was attempting a descent.

Late French leader Chirac had steely will with a human touch