Hamilton Masakadza strikes 71 off 42 in his last international match 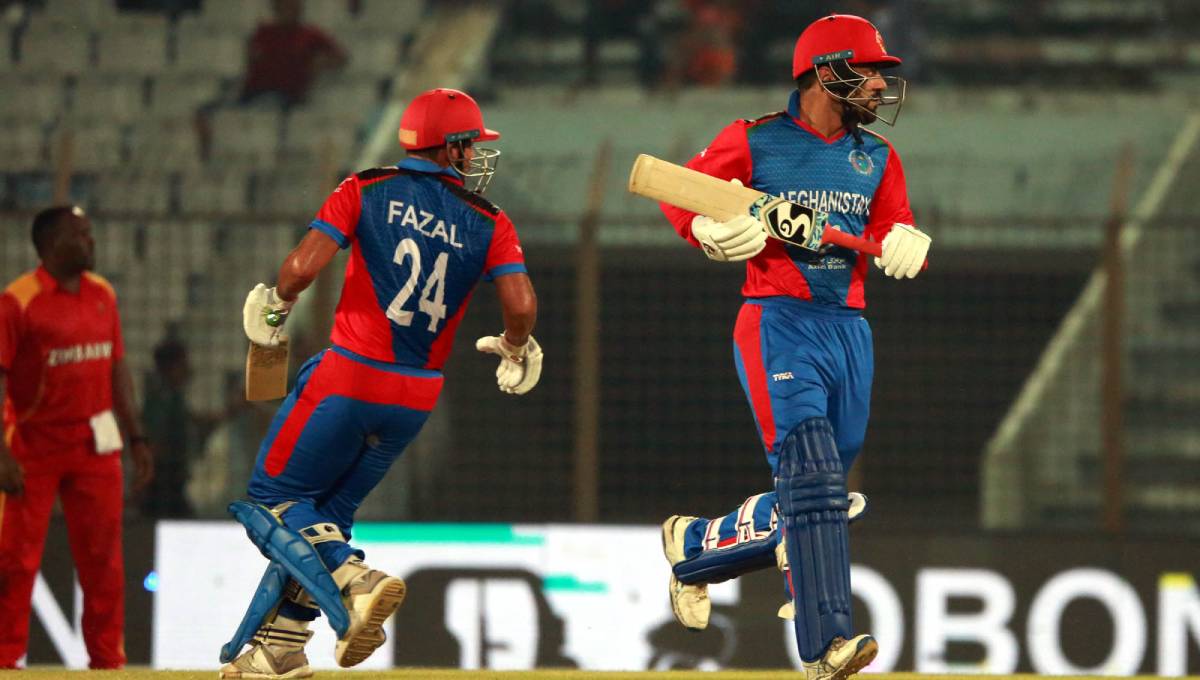 With this win, Zimbabwe beat Afghanistan in the shortest form of international cricket for the first time. In the previous eight games, Afghanistan beat Zimbabwe.

At the same time, this defeat also ended Afghanistan’s run of most consecutive wins in T20Is. They won 12 of their previous T20Is, which is the world record for winning most T20Is consecutively.

This match will be remembered as the last international game of Masakadza, who started playing for Zimbabwe back in 2001. Masakadza tried his best to make the occasion memorable by hitting his last fifty in international cricket.

Afghanistan won the toss and opted to bat first. They put up 155 runs on the board for eight wickets in 20 overs. In reply, Zimbabwe ended on 156 for three in 19.3 overs and sealed the game by seven wickets.

Zimbabwe had a decent first-wicket stand as Brendan Taylor and Masakdza added 40 runs in 4.6 overs. In the second wicket, Masakadza and Regis Chakabva posted 70 runs and this partnership brought Zimbabwe close to winning the game.

But Masakadza fell for 71 and Chakabva followed him scoring 39. Sean Williams, the next captain of Zimbabwe, scored an unbeaten 21.

For Afghanistan, Mujeeb Ur Rahman bagged two wickets while Dawlat Zadran took one.

Earlier, Wicketkeeper-batsman Rahmanullah Gurbaz hit his maiden T20Is fifty as Afghanistan posted 155. Afghans added 83 runs in the first wicket stand. Hazratullah Zazai, who has been struggling in the series, fell as the first man scoring 31 off 24.

Rahmanullah was the best among the Afghan batsmen. He ended up scoring 61 off 47 with four fours and as many sixes. For Zimbabwe, pace bowler Chris Mpofu bagged four wickets conceding 30 runs, which is now his best bowling figure in T20 Internationals.

Zimbabwe are already out of the race for the final, which will be played on September 24 between Afghanistan and hosts Bangladesh at Sher-e-Bangla National Cricket Stadium.

Afghanistan will face Bangladesh on Saturday while Zimbabwe will come back to Dhaka before leaving Bangladesh.

No US Open today for Nadal, no tennis ‘until it’s completely safe’