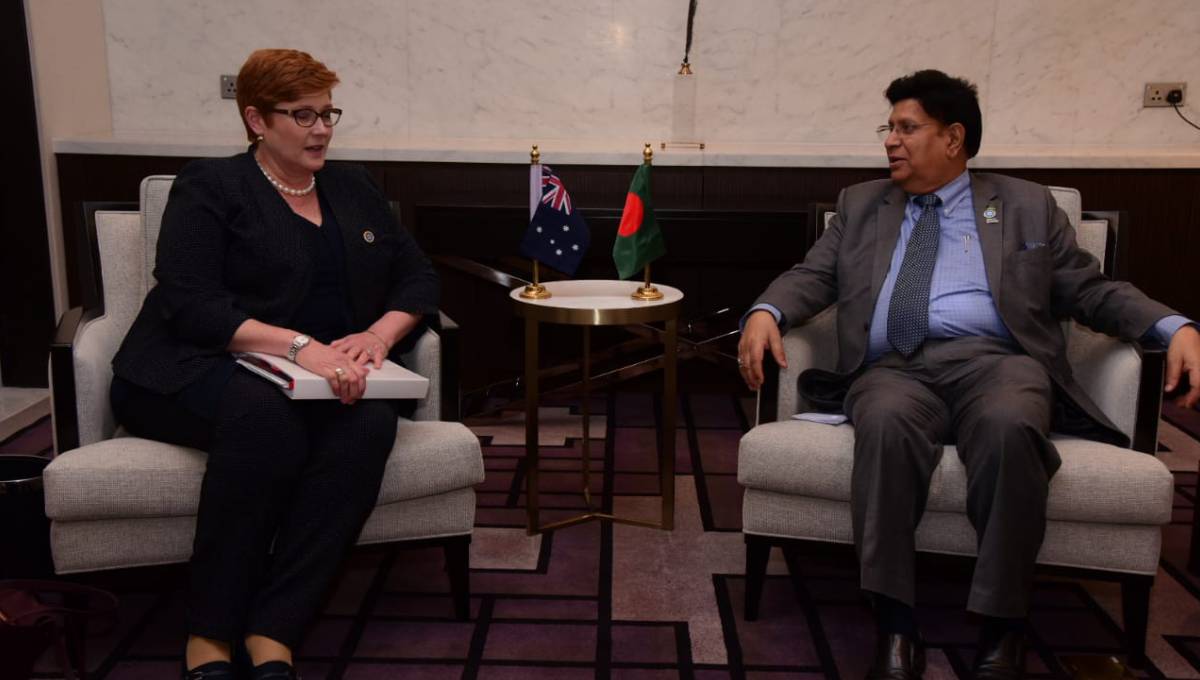 Dhaka, Sept 6 : Australian Foreign Minister Marise Payne has said Australia will intensify development cooperation with Bangladesh and promote the economic partnership in the years ahead.

She had a bilateral meeting with Foreign Minister of Bangladesh Dr AK  Abdul Momen on Thursday and discussed bilateral issues.

Marise Payne was on a three-day visit to Bangladesh to attend third IORA Blue Economy Ministerial Conference held in Dhaka on 4-5 September.

Foreign Minister Momen expressed his gratitude to the visiting Minister for reaffirming their support for the repatriation of the forcefully displaced Myanmar nationals.

Before coming to Bangladesh Foreign Minister Marise Payne visited Myanmar to assess the circumstance in Myanmar with regard to Repatriation.

She assured Australia will remain engaged with international community to put pressure on Myanmar to create conducive environment towards safe and sustainable repatriation of the Rohingyas.

Foreign Minister Momen said Rohingyas are fearful to going back to Rakhine state because of trust deficit and underlined the importance of early repatriation of the Rohingyas under international observation.

She said Australia will continue its communication with Myanmar for solution of the Rohingya crisis and will increase its humanitarian assistance for the displaced people through NGOs and UN agencies.

She said Australia is willing to grow its relations with Bangladesh with greater engagement.

Minister Momen also requested to resume the visa office at Australian High Commission in Dhaka which is currently shifted to New Delhi.

Minister Payne assured  Australian side will follow up on these requests and will report back.