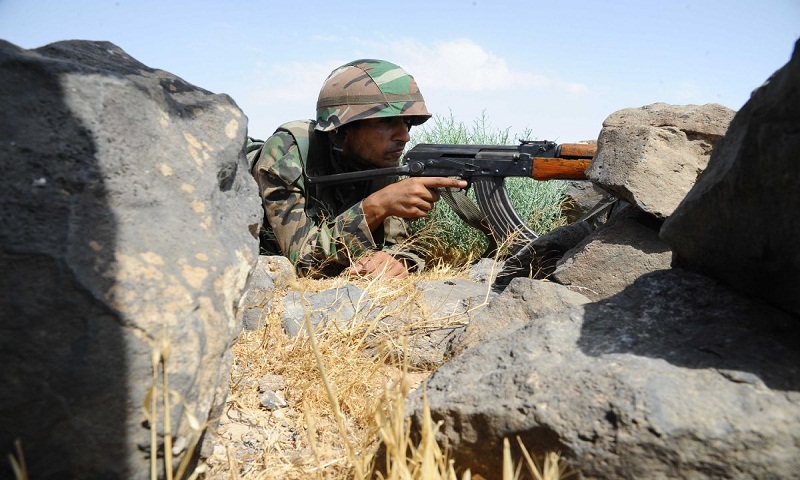 At least 10 Islamic State (IS) militants were killed in an airstrike by the US-led coalition aircraft and clashes with Iraqi security forces in western Iraq, according to the Iraqi military.
The Iraqi Counter-Terrorism Service (CTS) carried out a raid in coordination with the international coalition aircraft on Monday, which conducted an airstrike on IS hideouts in the desert of Iraq’s western province of Anbar, the CTS said in a statement, Xinhua reported.

Afterwards, the airborne CTS troops conducted airdrop operation on the bombed site and clashed with the extremist militants, leaving eight of them killed, the statement said.Later on, the troops searched the hideouts and found two would-be suicide bombers wearing explosive belts, killing one of them, while the other blew himself up without causing casualties among the troops, the statement added.

Last month, the airstrike that killed a total of 10 extremist ISIS militants and the destruction of their hideout and their vehicle.

The operation also resulted in destroying two oil tankers at the site.

IS remnants, however, have since melted in urban areas or resorted to deserts and rugged areas as safe havens, carrying out frequent guerilla attacks against security forces and civilians.

At least 20 dead in raid on Afghan prison claimed by IS: officials