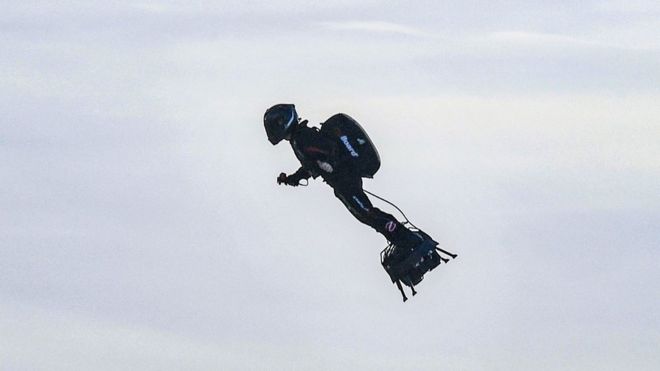 Dhaka, Aug 4 : French inventor Franky Zapata has made the first-ever successful Channel crossing on a jet-powered flyboard, reports the BBC.

Mr Zapata, 40, took off from Sangatte, near Calais, at 06:17 GMT on Sunday and landed in St Margaret’s Bay in Dover.

Mr Zapata, a former jet-ski champion, had failed in his first attempt to cross the Channel on 25 July after complications with refuelling.

For this latest attempt, a larger boat and refuelling platform were used during the 22-mile (35.4km) journey over the Strait of Dover.

Mr Zapata received widespread attention during the annual Bastille Day parade in Paris last month, when he took part in a military display on his futuristic flyboard.

The invention, which is about the size of a skateboard. The kerosene fuel is stored in the rider’s backpack.