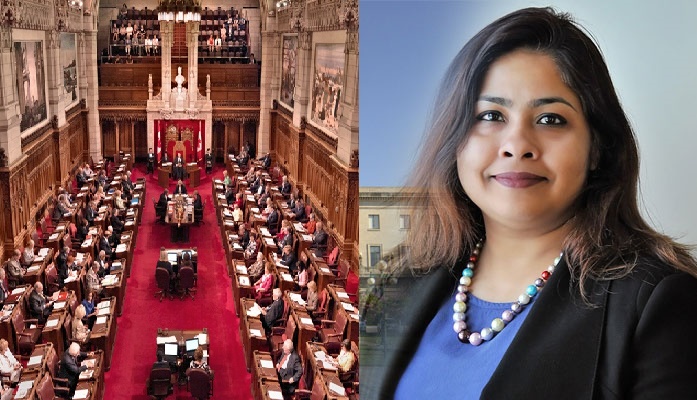 Dr Durdana Islam has become the first female of Bangladeshi origin to contest for a legislative assembly seat in Canada.
Durdana, daughter of Ustad Azizul Islam and Dr Anjumanara Begum, received the nomination from the opposition party of the Manitoba state New Democratic Party for the upcoming election, due on August 10.

There are 20,000 people in the constituency which is considered as important seat as it fell under the capital of the state.Earlier on June 2018, Doly Begum, a Canadian citizen of Bangladeshi origin clinched victory in the provincial election of Ontario, Canada from National Democratic Party (NDP).

Born in Chittagong in 1978, Durdana Islam passed SSC in 1994 from Cumilla board securing 1st position in merit list.

Later, she migrated to Australia and achieved her Master’s Degree from National University of Australia.

Afterward, she went to Canada and obtained her PHD from University of Manitoba.

PM for more int’l cooperation for sustainable use of ocean, other aquatic sources

Chinese COVID-19 fighters team due in Dhaka on June 8

PM for more int’l cooperation for sustainable use of ocean,…

Chinese COVID-19 fighters team due in Dhaka on June 8

London City Airport to reopen at end of month