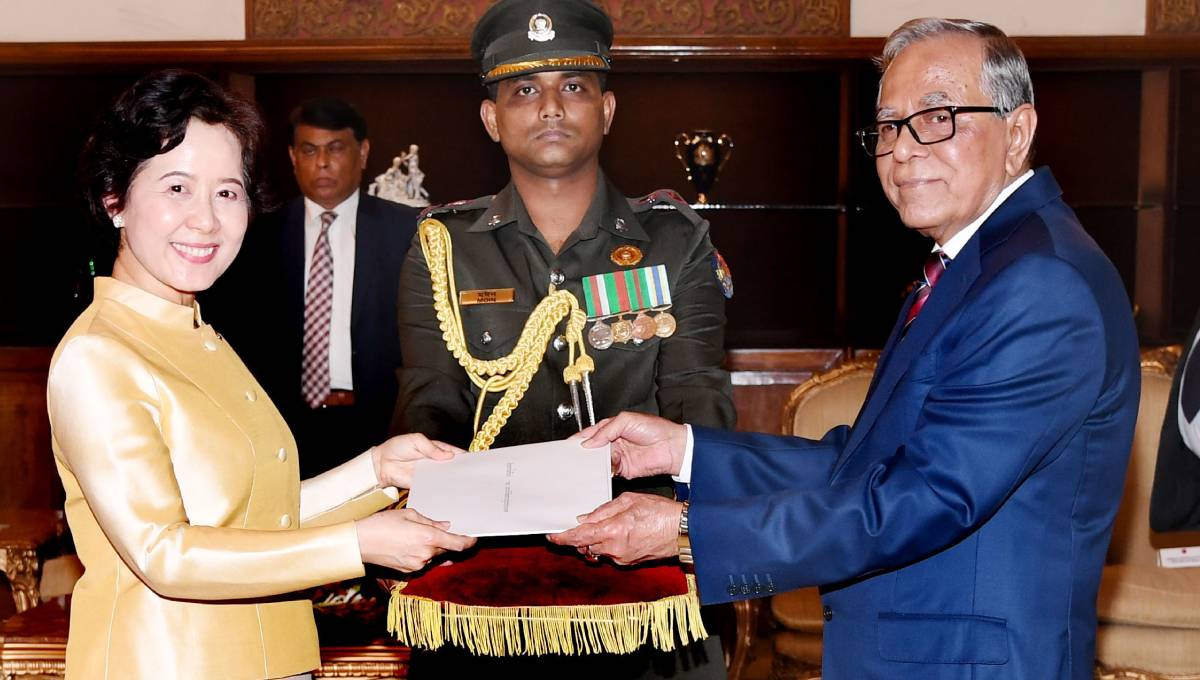 The President sought their role in this regard when envoys of the two countries met him at Bangabhaban to present their credentials.

Bangladesh is now hosting over 1.2 million Rohingyas in Cox’s Bazar district and most of them entered Bangladesh since August 25, 2017 amid military crackdown against them in Rakhine State.

President Hamid said, “Thailand, Brunei Darusslam and Myanmar are members of the Association of Southeast Asian Nations (Asean). So both countries (Thailand and Brunei Darusslam) can play a significant role in peaceful repatriation of Rohingyas.”

Welcoming the Thai envoy, the President said Bangladesh’s bilateral relations with Thailand started its independence. “Since then, the relationship between the two countries is growing day by day.”

Expressing the satisfaction over the current trade and investment relationship between the two countries, Hamid said there is a lot of scope for increasing the volume of trade and business between the two nations.

Hamid also urged the Thai envoy to play an effective role as the current chair of Asean and increasing the trade and business relationship.

Welcoming the High Commissioner of Brunei Darusslam, the President stressed government and non-government visits between the two countries to use the opportunity of increasing bilateral trade and business.

Mentioning Prime Minister Sheikh Hasina’s recent visit to Brunei Darusalam, Hamid said it has created a new chapter in the relationship between the two countries.

The President called for taking joint efforts to implement the MoUs which were signed during the PM’s visit.

Hamid hoped that Brunei Darusalam will take effective efforts from their side for the repatriation of Rohingya people.

The two envoys assured the President of extending their support over the Rohingya issue.

Secretaries concerned to Bangabhaban were present during the meeting.

To kick up your chicken salad, turn to your spice rack