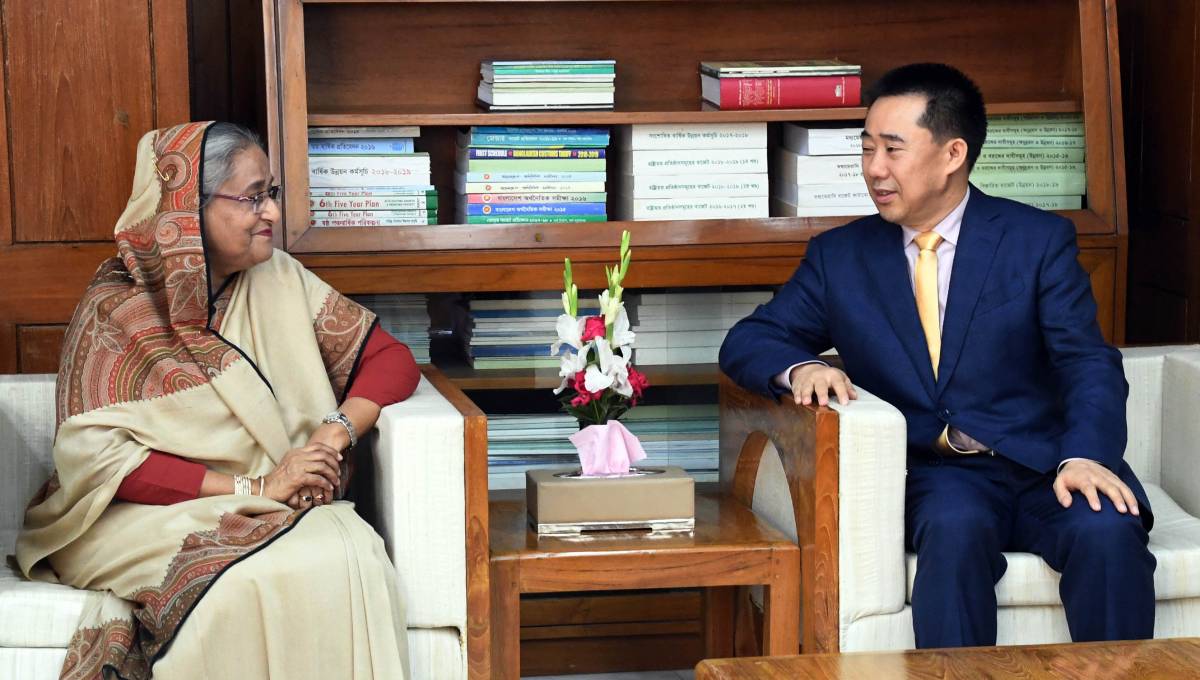 Dhaka, Jun 25 : Prime Minister Sheikh Hasina on Tuesday urged China to persuade Myanmar so that they take back their over one million Rohingya nationals from Bangladesh.

The Prime Minister made the plea when Chinese Ambassador to Bangladesh Zhang Zuo met her at her Sangsad Bhaban office.

He said the Prime Minister expressed again her firm stance over the Rohingya issue saying that the displaced people have to go back to their homeland.

The Chinese Ambassador said China will play a constructive role in resolving the Rohingya issue.

Meanwhile, Beijing has invited Prime Minister Hasina to pay an official visit to China from July 1-5.

The Chinese government also invited the Prime Minister to attend the annual meeting of the “New Champions” which is known as “Summer Davos” to be held in Dalian on July 1-3.

It will be Sheikh Hasina’s first bilateral visit to Beijing following her party’s overwhelming victory in the last parliamentary elections.

She will have meetings with President Xi Jinping and Prime Minister Li Keqiang during the crucial visit.

Hasina said four instruments on bolstering bilateral cooperation between Bangladesh and China will be signed during her visit to China.

Both the Prime Minister and the envoy expressed satisfaction over the existing bilateral relations between the two nations and hoped that the ties will be further strengthened in the days to come.

The Chinese envoy said the Dhaka-Beijing relations reached a new height after the visit of their President Xi Jinping to Bangladesh in 2016.

About Dhaka-Beijing bilateral cooperation, Hasina mentioned that the construction work on Karnaphuli Tunnel in Chattogram is going on with Chinese support.

Knowing that a book on the China visits of Father of the Nation Bangabandhu Sheikh Mujibur Rahman will be published, the Ambassador showed his country’s interest to translate it into Chinese language.

In this regard, the Prime Minister urged the envoy to give the photographs on the visits of Bangabandhu, if they have any.