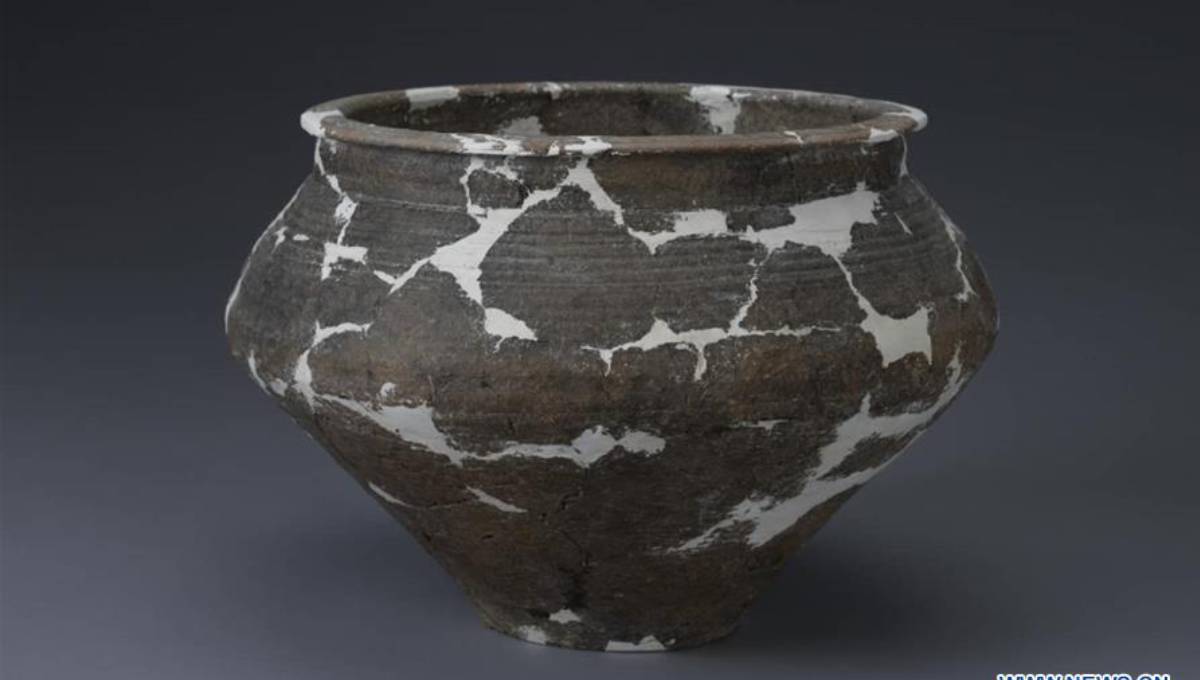 Photo: Undated file photo provided by the Zhengzhou Cultural Heritage Bureau shows a relic unearthed from the Qingtai Ruins in Zhengzhou, capital of central China’s Henan Province. Chinese archaeologists have evaluated astronomical relics discovered in the Qingtai Ruins as the country’s earliest evidence for “observing the images and giving time,” advancing history by nearly 1,000 years. Archaeologists found the “Big Dipper Nine Stars” marker at the 5,000-year-old Qingtai Ruins. The size of the nine objects is basically the same as the actual brightness of the celestial body.

Archaeologists found the “Big Dipper Nine Stars” marker at the 5,000-year-old Qingtai Ruins in Zhengzhou, the provincial capital. The size of the nine objects is basically the same as the actual brightness of the celestial body.

They believe the astronomical relics and the surrounding sacrificial remains constitute a whole, which is consistent with the records of the “Winter Solstice Sacrifice” in ancient Chinese documents. It is of great significance to the study of early Chinese astronomy and the origin of Chinese civilization.

The experts said the relic indicates that the ancestors of Qingtai had some astronomical knowledge, and the worship of the celestial body may have formed a grand sacrificial ceremony for observing the solar terms and praying for a good harvest.

Gu Wanfa, president of the Zhengzhou Municipal Institute of Cultural Relics and Archaeology, said that Qingtai is a large-scale trench settlement in the Yangshao Culture period, with a total area of about 310,000 square meters.

He said nine pottery pots were arranged in the “Big Dipper Nine Stars” pattern. They were surrounded by urn coffins of the same period, tombs, mortars and sacrificial pits of different periods and other related relics.

Previous to Qingtai, the Taosi Observatory in Xiangfen County, northern China’s Shanxi Province, of 4,200 years ago, represented the earliest evidence in the study of the astronomical calendar in ancient China.

The experts suggested researching the relationship between the two astronomical relics and functions of the relics.