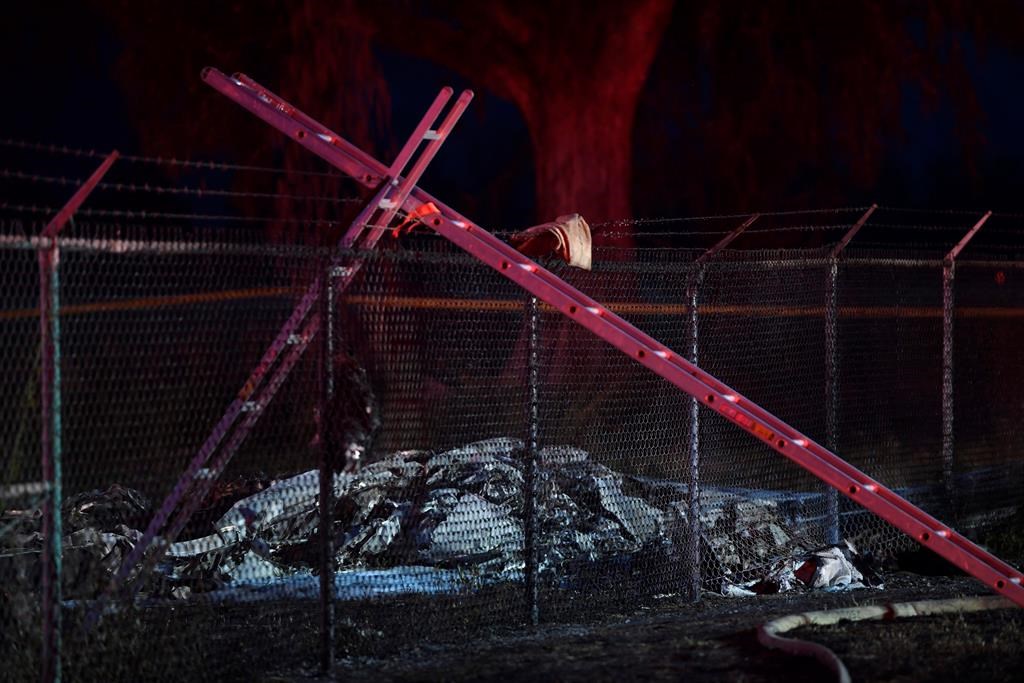 Photo : Remnants of an aircraft carrying nine people lies on the ground near a fence that surrounds Dillingham Airfield in Mokuleia, just off Farrington Highway, Friday, June 21, 2019.

Honolulu, Jun 22 : Authorities in Hawaii are investigating after nine people were killed in a small plane crash.

The crash occurred Friday evening on the North Shore of Oahu. Officials say there were no survivors in the crash at Dillingham Airfield.

Honolulu Police Chief Manuel Neves said the plane was fully engulfed in flames when crews arrived. The crash was far from the airfield’s runway, near perimeter fencing.

Other details of the crash weren’t immediately known.

Names of the victims have not been released.