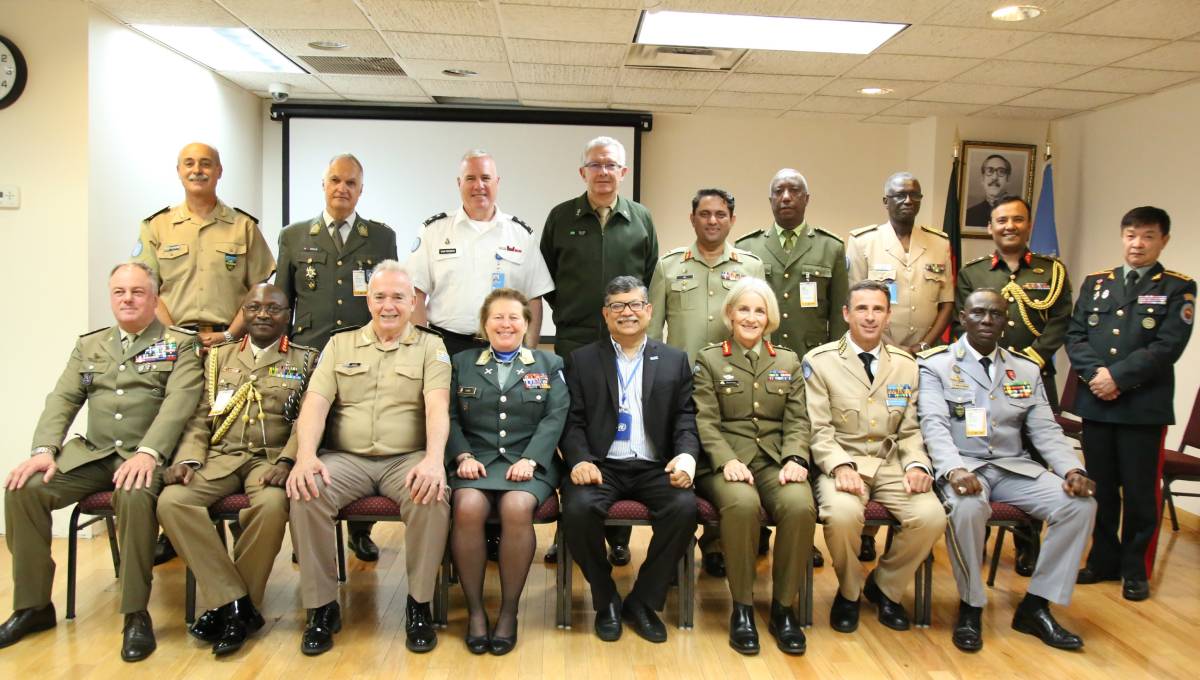 Dhaka, June 20 : Force Commanders of the UN Peacekeeping Missions have applauded Bangladesh as the “most reliable, supportive, generous” troops and police contributing country.

They highly appreciated the discipline and professionalism of Bangladesh’s troops in the face of most challenging circumstances.

The Force Commanders of the UN Peacekeeping Missions led by Lt Gen Carlos Loitey, Military Advisor of the UN visited the Permanent Mission of Bangladesh to the UN on the sidelines of ‘17th Head of Military Components Conference (HOMC) -2019’ being held at the UN Headquarters on June 17-21.

The delegation composed of 35 members including 12 Force Commanders, said the Bangladesh Mission on Thursday.

The delegates praised the Mission for the useful exchange of information and the excellent arrangements and warm hospitality.

The delegation visited Bangladesh Mission to learn about their experiences and good practices, particularly in the field of peace operations.

The UN Headquarters chose Bangladesh Mission for Bangladesh’s indomitable success towards development, remarkable contribution to peace operations as well as the reputation and professionalism of Bangladeshi peacekeepers.

Permanent Representative (PR) of Bangladesh to the UN Ambassador Masud Bin Momen focused on Bangladesh’s enormous contribution to UN peacekeeping operations as one of the top troops and police contributing countries over the years.

In this regard, he mentioned Bangladesh’s increasing deployment of female peacekeepers as well as providing modern equipment and training.

He highlighted Bangladesh’s deep engagements in maintaining international peace, security, sustaining peace and peacebuilding discourses at the UN in particular, the peacekeeping ministerial meeting, discussion of the Special Committee on the Peacekeeping Operations (C-34), role in the adoption of the UN Women Peace and Security resolution, Responsibility to Protect (R2P) agenda and the Action for Peacekeeping (A4P) initiative of the UN Secretary-General.

He highlighted the tremendous socio-economic developments of Bangladesh under the leadership of Prime Minister Sheikh Hasina.

The PR said that Bangladesh has fulfilled the graduation criteria from LDC last year and has set a goal to become a middle-income country by 2021 and a developed and industrialised country by 2041.

Ambassador Masud raised some challenges of Bangladesh such as the Rohingya crisis and climate change, global warming.

He said Bangladesh was always at the forefront in the peacekeeping operations.

He also portrayed Bangladesh’s success stories in bringing peace at various war ravaged parts of the world during the past 30 years.

Two videos were also screened before the delegations on the enormous success of Bangladesh and on peacekeeping operations.