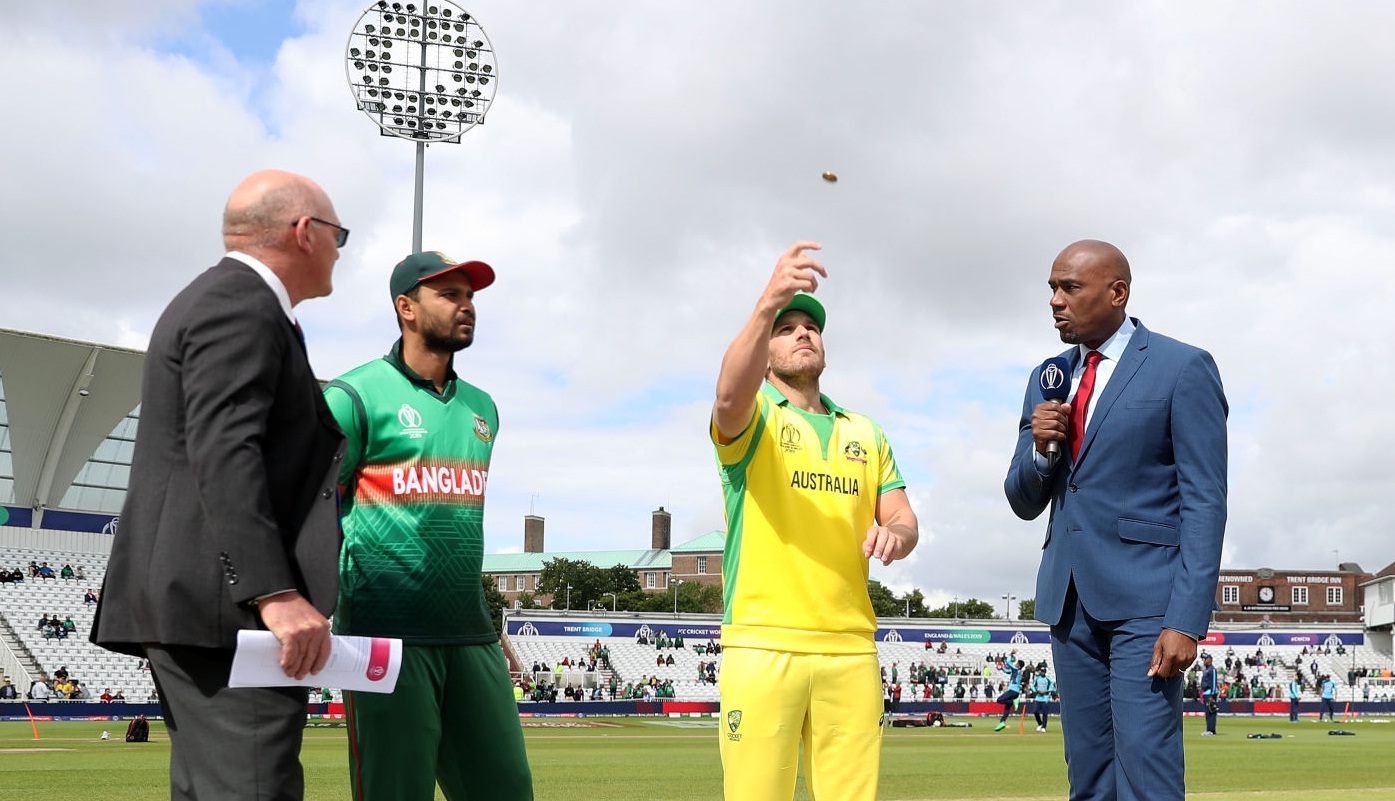 Dhaka, June 20 : Australia won the toss and opted to bat first against Bangladesh on Thursday at Trent Bridge, Nottingham.

Bangladesh included Rubel Hossain and Sabbir Rahman in this match as Mohammad Saifuddin and Mosaddek Hossain Saikat were left out due to injuries.

Saifuddin has been suffering from a back problem while Mosaddek sustained a blow on his right shoulder in the previous game against West Indies.

Before heading to this match, Australia played five matches and won four of them. Their only setback came against India. The defending champions are now at number three in the points table.

Bangladesh, on the other hand, played five matches so far as well and won two of them. They suffered two losses against New Zealand and England with the other match against Sri Lanka was washed out due to rain.