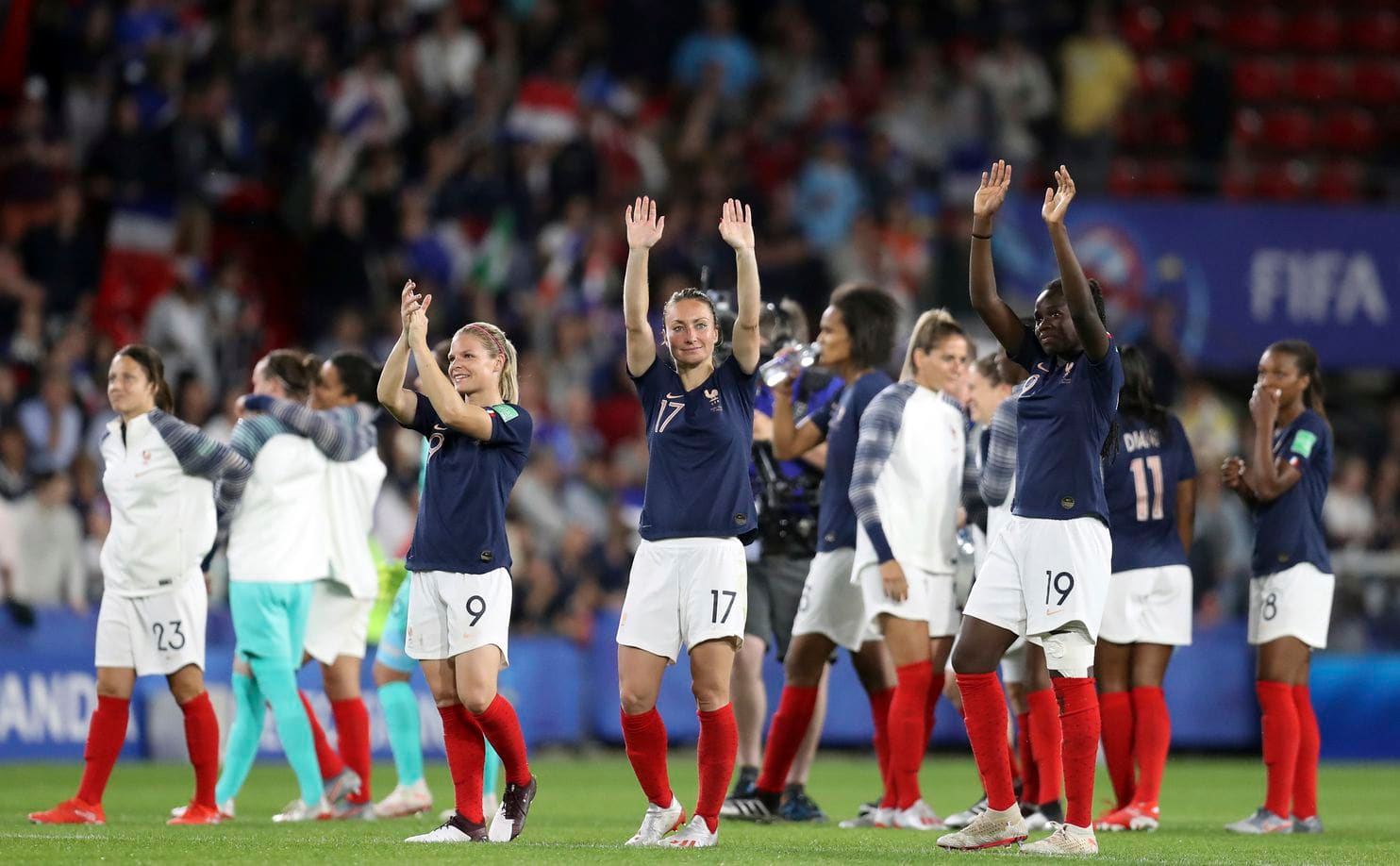 Photo : France players celebrate at the end of the Women’s World Cup Group A soccer match between Nigeria and France at the Roazhon Park in Rennes, France, Monday, June 17, 2019.

Jun 18 : France completed World Cup group play with a 3-0 record for the first time, beating Nigeria 1-0 Monday night at Rennes when Wendie Renard converted a penalty kick in the 79th minute after missing her first attempt but getting a second chance.

France will play a third-place team on Sunday at Le Havre in the round of 16, and the winner will advance to a quarterfinal against the United States, Sweden or Spain.

Referee Melissa Borjas of Honduras awarded the penalty kick when Viviane Asseyi was knocked over by Ngozi Ebere, a call upheld in a video review and one that drew vehement protests from the Super Falcons. Eberle was given her second yellow card of the match for the foul, causing Nigeria to finish a player short.

Renard’s initial attempt was wide to the right of goalkeeper Chiamaka Nnadozie, but Borjas ordered the kick retaken because Nnadozie came off the line before the ball was kicked. Renard’s second try went in to Nnadozie’s right for her third goal of the tournament.

Nigeria finished third in Group A with three points and a minus-two goal difference, and the Super Falcons will have to wait to find out whether they can advance as one of the four top third-place teams. Nigeria has played in every Women’s World Cup but advanced past the group stage just once, reaching the quarterfinals in 1999.