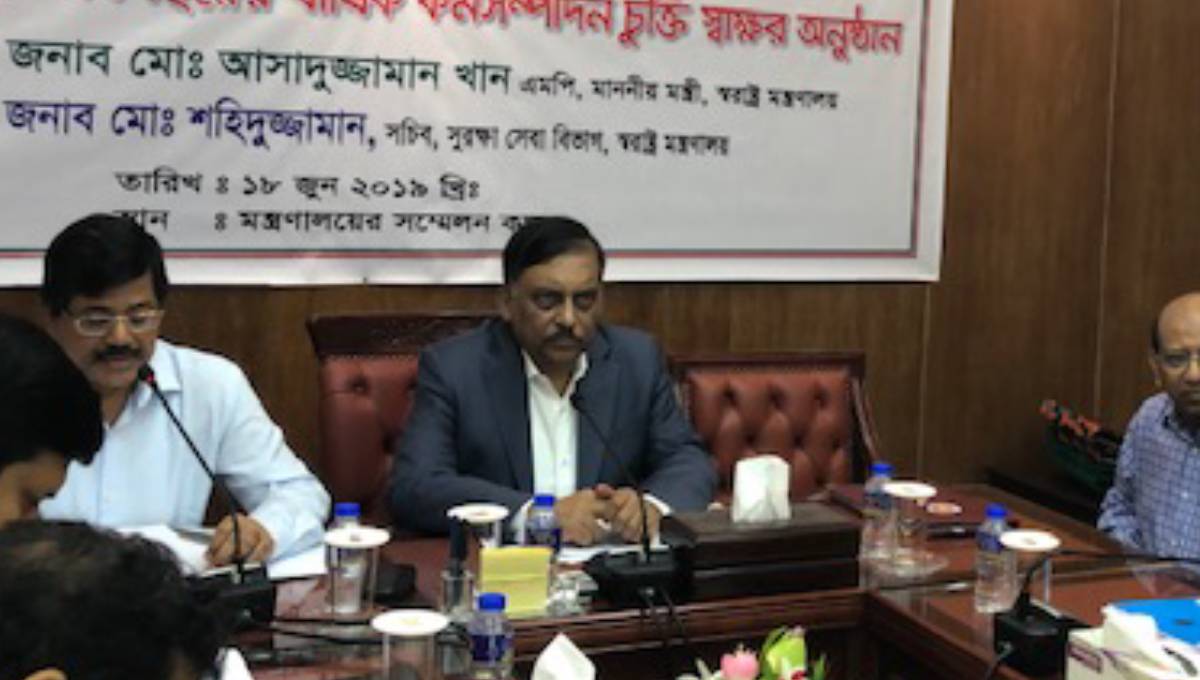 Photo: Home Minister Asaduzzaman Khan talks to reporters after a function marking the signing of the annual performance agreement of the Security Services Division under the Home Ministry on Tuesday, June 18, 2019.

Dhaka, June 18 : As suspended Deputy Inspector General (DIG) of police Mizanur Rahman hit headlines one after another for wrong reasons, Home Minister Asaduzzaman Khan on Tuesday reiterated that the process to take action against him is underway.

“No one is above the law. He (Mizan) has already been suspended,” the minister said.

He was talking to reporters after a function marking the signing of the annual performance agreement of the Security Services Division under the Home Ministry.

DIG Mizan was an additional commissioner of Dhaka Metropolitan Police (DMP). He was withdrawn on January 9 last year following the allegation of threatening a female news presenter of a private television channel.

He had also reportedly married a woman forcibly and tortured her. Mizan allegedly picked up 25-year-old woman in July, 2017 and then forcibly married her.

He had also implicated her in a false case whereby she was arrested and remained in jail for three weeks.

About the missing of former State Minister for Home Tanjim Ahmed Sohel Taj’s nephew, the home minister said Sohel Taj called him to this end. “A general diary was lodged in this regard. I asked the law enforcement agencies to look into it,” he said.

About giving the charge of a police station to an assistant police super instead of an inspector, he said once a sub-inspector used to be in charge. “The country is progressing with the passage of time. There’s no such decision right now. This is an ongoing process.”

The minister expressed the hope that his ministry will achieve much progress in the coming year than last year.

Of the four departments under the ministry, Fire Service and Civil Defence did well, he said, expressing the hope that the annual performance agreement will help ensure good governance, transparency and bring dynamism into the activities.