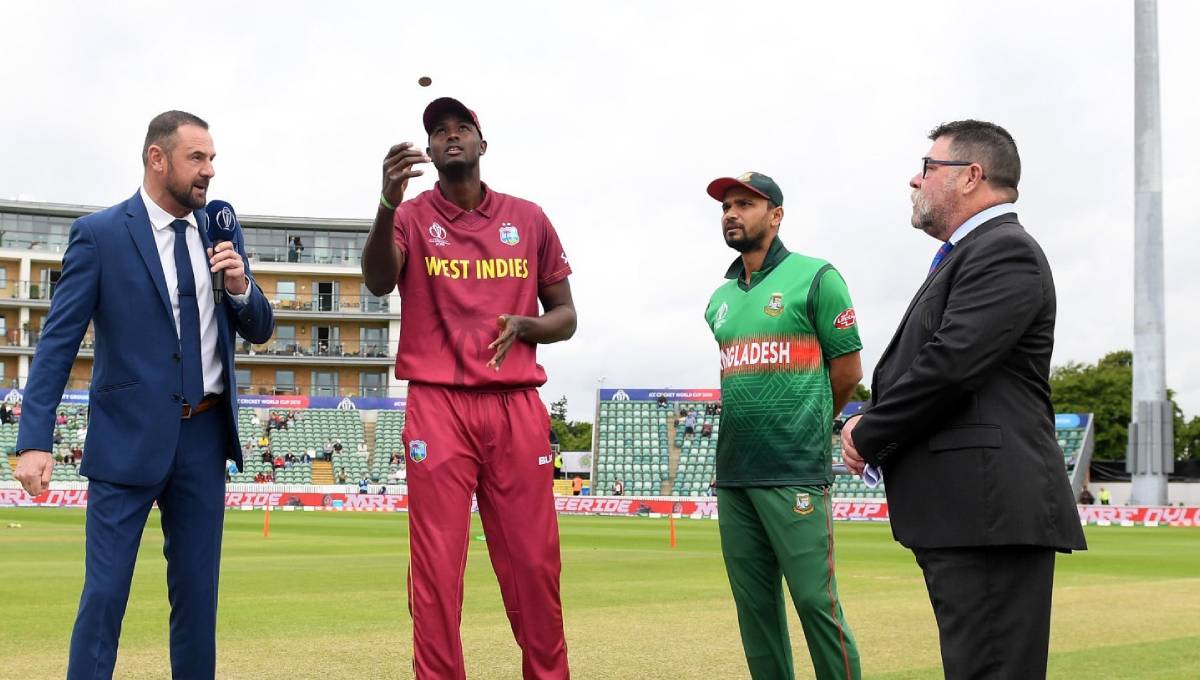 Taunton, June 17 : Bangladesh won the toss on Monday in their fifth game in the ongoing World Cup against West Indies and opted to bowl first at Taunton.

Bangladesh made one change in their playing XI as Mohammad Mithun left out to pave the way for Liton Das who is set to play his first match in the World Cup.

West Indies also made one change as Carlos Brathwaite was overlooked to bring Darren Bravo in the playing XI.

Bangladesh is clearly ahead of West Indies in this match as they beat the Caribbean boys three times in the tri-nation series prior to the World Cup in Ireland.

Before this match, both of Bangladesh and West Indies came through the similar experiences. Bangladesh kicked off their World Cup assault with a brilliant win over South Africa while West Indies outplayed Pakistan in their opening game.

In the next two games, Bangladesh lost to New Zealand by just two wickets. They were closed to seal that game but due to a moderate total of 244 on the board, they ended up losing the game. In the next game against Sri Lanka, Bangladesh got a point as the match washed out due to rain. However, they lost to England in the last game by a big margin of 106 runs.

West Indies, on the other hand, lost their second game to Australia just by 15 runs before suffering a washed-out game against South Africa. After that, they lost to England by a big margin of eight wickets.

So, today’s match came as a chance of turning things around for both of Bangladesh and West Indies.