Ex-OC Moazzem to be produced before Cyber Crimes Tribunal today 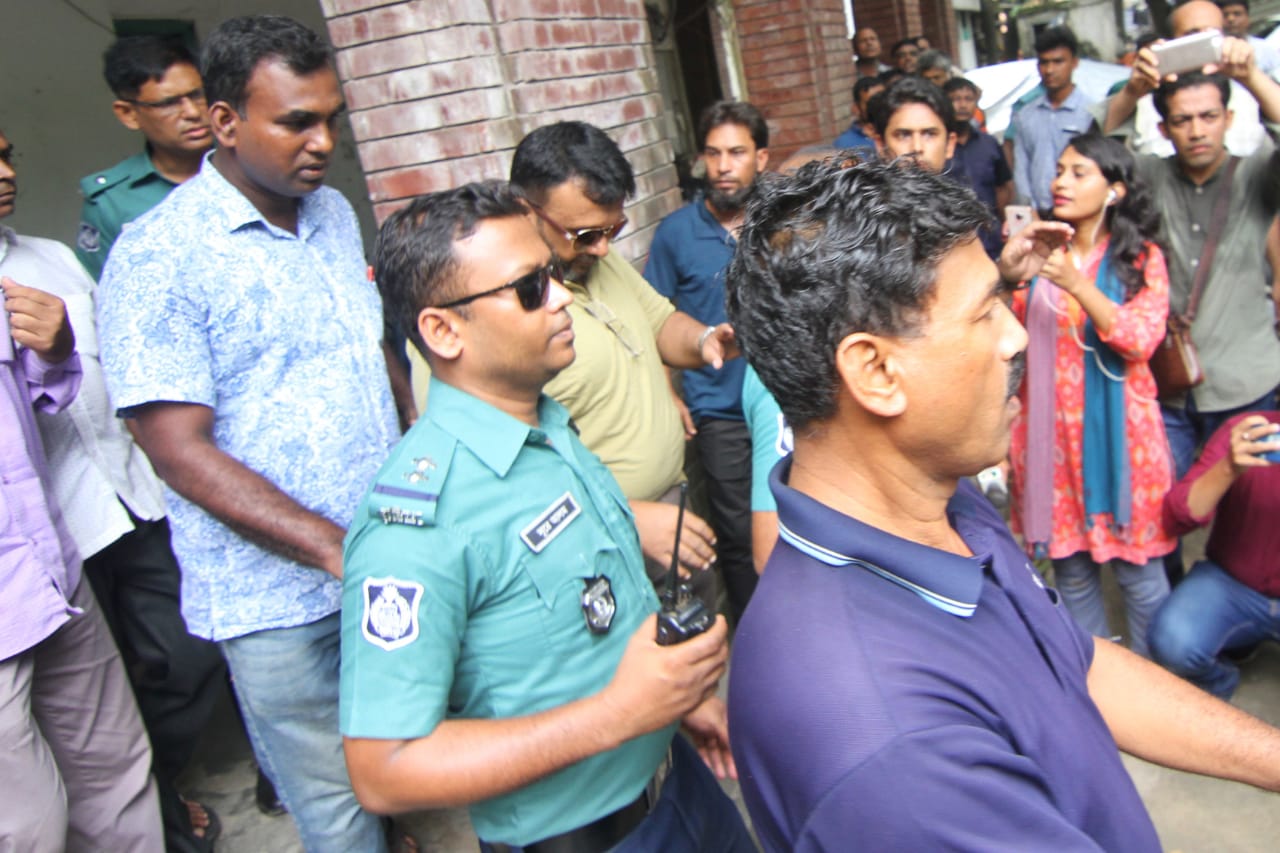 Dhaka, June 17 : Former officer-in-charge of Sonagazi Police Station Moazzem Hossain, who was arrested on Sunday following an arrest warrant issued by a Dhaka court, will be produced before Dhaka Cyber Crimes Tribunal at 2 pm on Monday.

Earlier, he was taken to Dhaka Metropolitan Magistrate (CMM) court on Monday morning.

Police arrested Moazzem Hossain on Sunday from the High Court area in a case filed over circulating a video on social media on Feni madrasa girl Nusrat Jahan Rafi’s statement at the police station.

On May 27, a Dhaka court issued an arrest warrant against Moazzem Hossain in the case. But he could not be traced after the issuance of warrant for his arrest.

Allegations brought against Moazzem after Nusrat Jahan Rafi’s murder were found to be authentic by the Police Bureau of Investigation (PBI).

Supreme Court lawyer Syeddul HaqueSumon filed the case against Moazzem under the Digital Security Act on May 15.

The former OC was accused of illegally interrogating madrasa student Nusrat and recording the episode on his phone. The video was later circulated on the social media.

Moazzem summoned Sonagazi Islamia Senior Fazil Madrasa’s Principal Sirajud Doula and Nusrat to the police station after the latter accused her teacher of sexually harassing her.

The OC interrogated Nusrat in the absence of her lawyer or any other woman. She was crying but the OC paid no heed and kept questioning her using inappropriate language.

Nusrat’s mother had filed a case with Sonagazi police over her daughter’s sexual harassment. On April 6, the girl was set on fire at an exam centre in Sonagaziupazila, by people loyal to SirajUd Doula.She died on April 10 at Dhaka Medical College and Hospital.

Moazzem was withdrawn the same day and suspended a month later on charge of negligence.