Death toll in heatwave surges to 61 in India’s Bihar 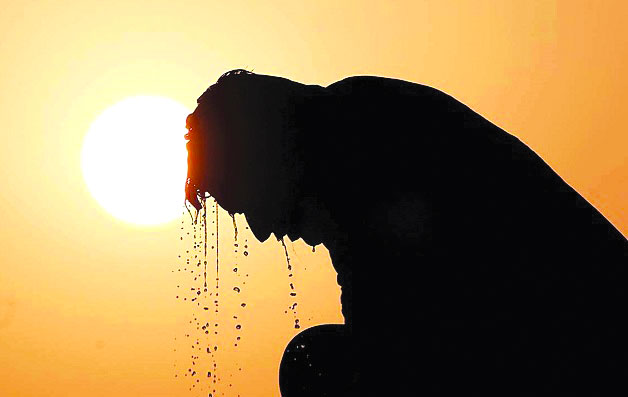 At least 61 people have died in three districts of Inida’s Bihar as a blistering heatwave swept several places in the state, officials said on Sunday.
Thirty people have lost their lives due to the sweltering heat in Aurangabad, while 20 have died in Gaya and 11 in Nawada district so far since Saturday, Disaster Management Department’s Principal Secretary Pratyaya Amrit said.

Chief Minister of Bihar Nitish Kumar has expressed grief over the deaths due to “loo” and heatstroke in the three districts, and has announced a payment of Rs four lakh as ex-gratia to the next of kin of those killed, an official release said.He directed the officials concerned to take necessary steps and measures in dealing with the heat.

The chief minister also asked the officials to provide all medical help to those affected.

On Saturday, the city recorded a maximum temperature of 45.8 degrees Celsius, the highest for June in the past 10 years.

A heatwave is declared when the maximum temperature is recorded above 4.5 degrees from its normal maximum for two consecutive days, a Met official said.

Gaya witnessed a high of 44.4 degrees Celsius, while Bhagalpur recorded 41 degrees Celsius, both the readings well above the normal for this time of the year, it said.Met officials said Patna is likely to witness heatwave for the next three days, while in Gaya, the extreme heat will be experienced for at least two days.