They want the age limit to go 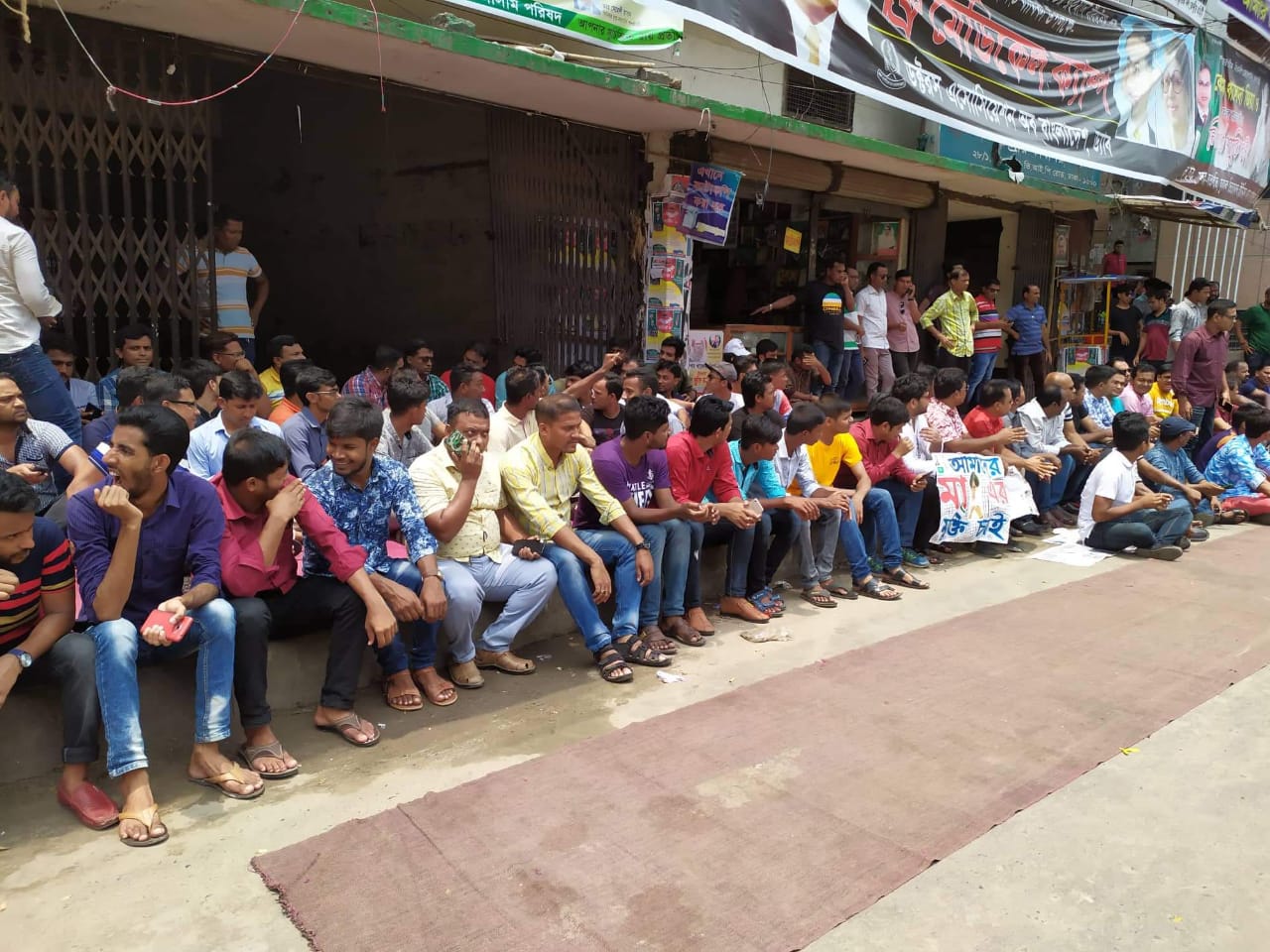 Photo: The Chhatra Dal activists say they will resume protests on Monday.

Several hundred disgruntled leaders and activists of the recently-dissolved JCD central committee protested at Nayapaltan for about two hours from 11am.

They announced to stage another two-hour protest on Monday as well.

The same group had demonstrated in front of the BNP office on June 11 and kept the main gate of the headquarters locked for 11 hours. They postponed their protests after senior BNP leaders said their demands would be met.

Azmal Hossain Pilot, senior vice-president of the recently dissolved JDC committee, said they resumed their protest since BNP leaders did not fulfill their promises.

He said they will demonstrate peacefully and mount pressure on the BNP higher-ups. Azmal said they want the BNP to form a short-term JCD committee that will not have any age ceiling.

JCD’s central committee was dissolved on June 3. A BNP press release, signed by Ruhul Kabir Rizvi, said a new committee will be formed within the next 45 days based on the opinions of its councillors.

It said candidates planning to contest for various posts will have to be primary members, students of any educational institutions in Bangladesh and must have passed SSC and equivalent examinations after 2000.

JCD’s last committee was formed on October 14, 2014, with Rajib Ahsan as its president and Akramul Hasan as general secretary.