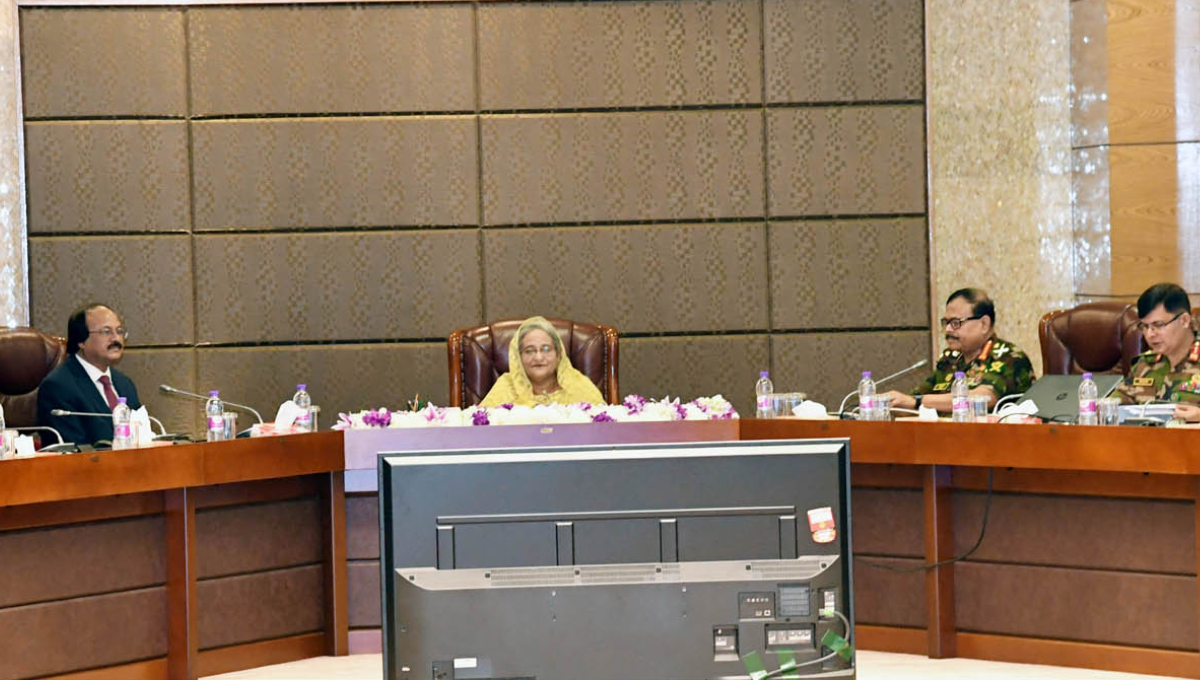 Dhaka, Jun 16 : Prime Minister Sheikh Hasina on Sunday directed members of the Bangladesh Army to always stand beside people by keeping competent and patriotic officers in its leadership.

“The army will have to remain beside people always. So, the leadership will have to be bestowed upon qualified, competent and patriotic officers,” she said while addressing the inaugural function of the Army Selection Board, 2019 at Dhaka Cantonment.
PM’s Press Secretary IhsanulKarim briefed reporters after the function.

The Prime Minister hoped that the selection board will recommend the army officers for promotion considering the qualities like patriotism, belief in the spirit of the Liberation War, leadership quality, professional efficiency, discipline, honesty and loyalty.

She said Father of the Nation Bangabandhu Sheikh MujiburRahman formulated the Defence Policy 1974. Following the policy, her government formulated the Forces Goal 2030 to build a strong armed force for the country.

Sheikh Hasina, the eldest daughter of Bangabandhu, said her government will complete the unaccomplished works of the Father of the Nation.

She said the government has relentlessly been working to turn the country into a ‘Sonar Bangla’ as dreamt by the Father of Nation by making Bangladesh as a hunger- and poverty-free country where no one will remain hungry.

On her arrival at the venue, Chief of Army Staff General Aziz Ahmed received the Prime Minister.

The Prime Minister said her government has taken all the necessary measures for development and modernisation of the army.

Hasina said the government has been working to uplift the socioeconomic status of the country’s people. “I personally think myself as a servant (sebak) not the Prime Minister,” she said.

The Prime Minister said the GDP growth will accelerate further once the mega projects, including Padma Bridge and Ruppoor Nuclear Power Plant projects, are completed.

The government has unveiled the biggest-ever budget of Tk 5,23,190crore for the upcoming fiscal year and proposed the Annual Development Programme (ADP) of more than Tk 2 lakh crore as part of its foresighted plan, she said.

Mentioning that the inflation rate is now under control, Hasina said when the GDP growth is high amid low inflation, people get the benefits of development.