No scope to include electronic media for now 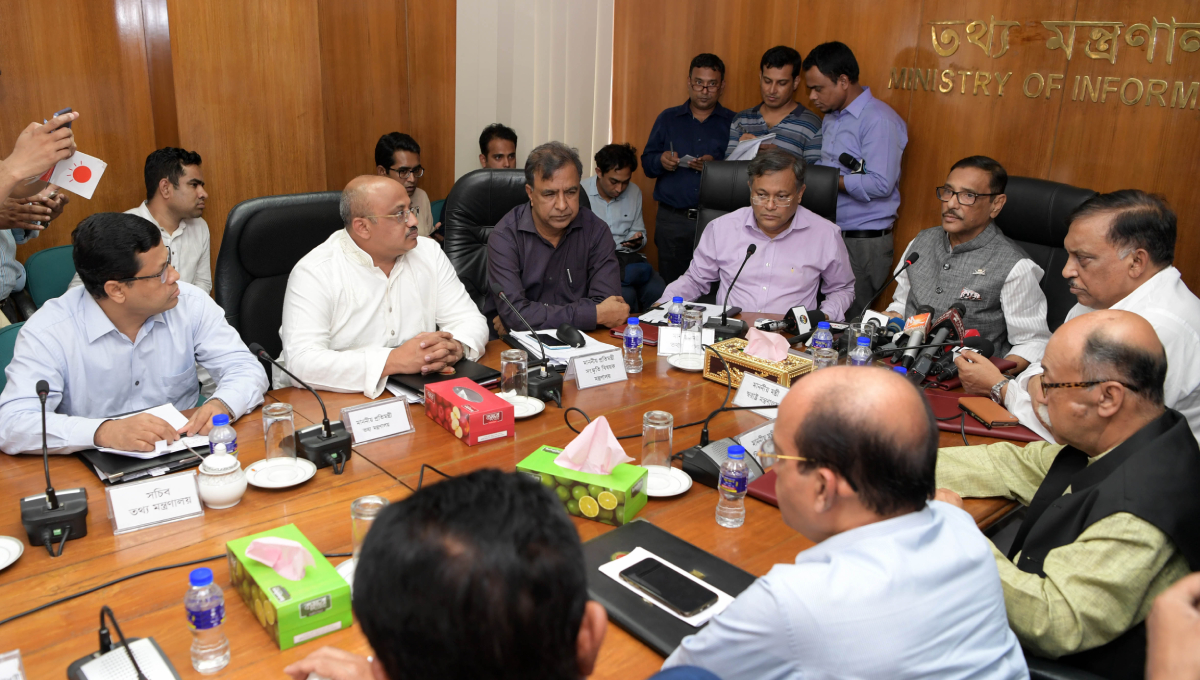 Dhaka, June 16 : Road Transport and Bridges Minister Obaidul Quader on Sunday said the decision on the 9th wage board for journalists will be taken very soon.

“The issue remained at the discussion level for a long time. Now, we’ve reached the final stage. Hope, the decision will be taken in consultation with the Prime Minister soon,” he said.

He said this at a review meeting on the recommendations of the 9th wage board held at the auditorium of Information Ministry with Home Minister Asaduzzaman Khan Kamal in the chair.

He said it is illogical and non-realistic to keep the issue unsettled any longer. Now the cabinet committee will sit and the decision will be taken after discussions with the Prime Minister, he added.

But the issue is under consideration of the Information Ministry, he added.