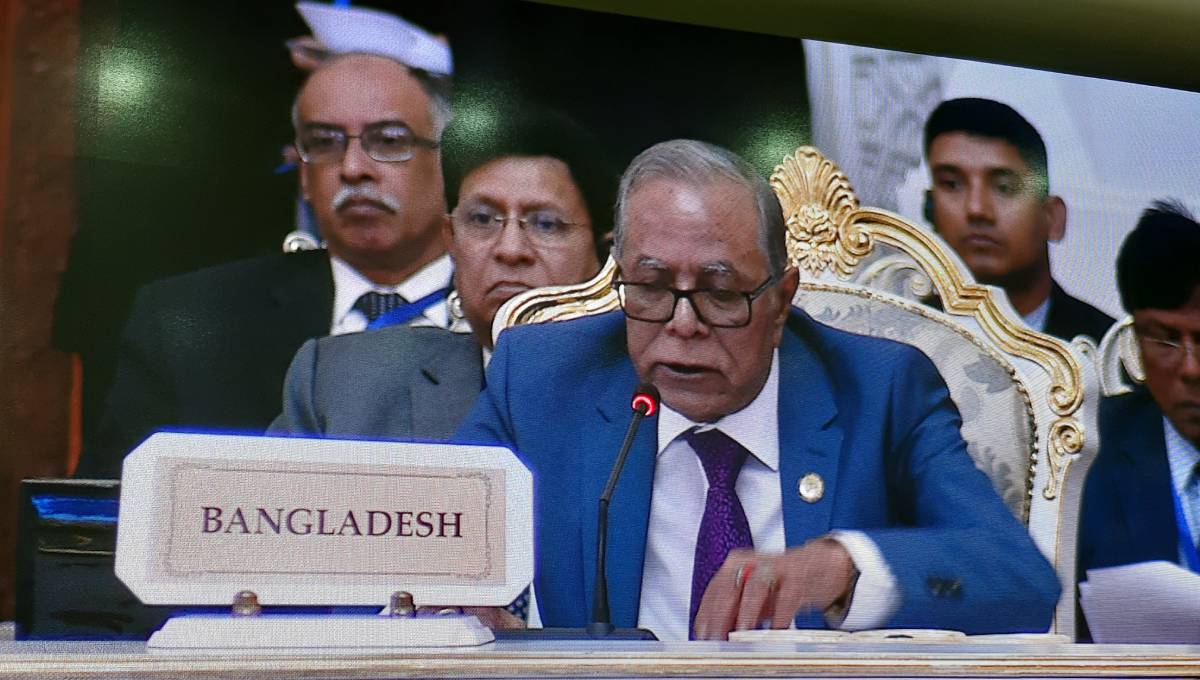 Photo: President Abdul Hamid addressing the 5th Summit of Conference on Interaction and Confidence Building Measures in Asia (CICA) at Dushanbe, the capital of Tajikistan on Saturday, 15, 2019.

Dushanbe (Tajikstan), Jun 15 : Stressing the importance of a peaceful solution to Rohingya crisis, President Abdul Hamid on Saturday said the crisis can destabilise the entire region if it is left unresolved.

“We seek a peaceful solution to the crisis and signed instruments on repatriation with Myanmar. If it’s left unresolved, the crisis can destabilise the entire region,“ he said.

The President said this while addressing the 5th Summit of Conference on Interaction and Confidence Building Measures in Asia (CICA) held at Dushanbe, the capital of Tajikistan.

He also sought support and cooperation from our CICA partners so that the forcibly displaced Myanmar nationals can return to their homeland with safety, security and dignity.

“The world knows Bangladesh hosts 1.1 million forcibly displaced Myanmar nationals. You must be aware of the evidences of genocide and gross violation of human rights, which has been termed as a ‘textbook example of ethnic cleansing’ and humanitarian catastrophe of unmanageable magnitude,” said President Hamid.

These people were forcibly displaced from their ancestral homes and they took shelter in Bangladesh, he said adding, “We’ve opened the door and are still hosting them.”

Mentioning that Asia is facing issues like violent extremism, international terrorism, forced migration among others which go beyond borders, the President stressed the need for coordinating response among the states to tackle those.

“We must work together so that the existing discords in the region should not impede the process of resolving issues related with security and cooperation in Asia,” he said.

Stability and security in Asia are imperative for economic development, Hamid said adding: “We can achieve that through dialogue and cooperation.”

During the conference, the Founder of Peace and National Unity and President of Tajikistan Emomali Rahmon held meetings with the leaders of a number of CICA Member States to discuss the condition and prospects of bilateral and multilateral relations.

The CICA is an intergovernmental forum and regional organisation established in 1992 with UN support.
Discussions on issues of security and cooperation in the Asia Pacific region and assistance in the global fight against terrorism, extremism, drug trafficking and transnational crimes are the main objectives of this conference.