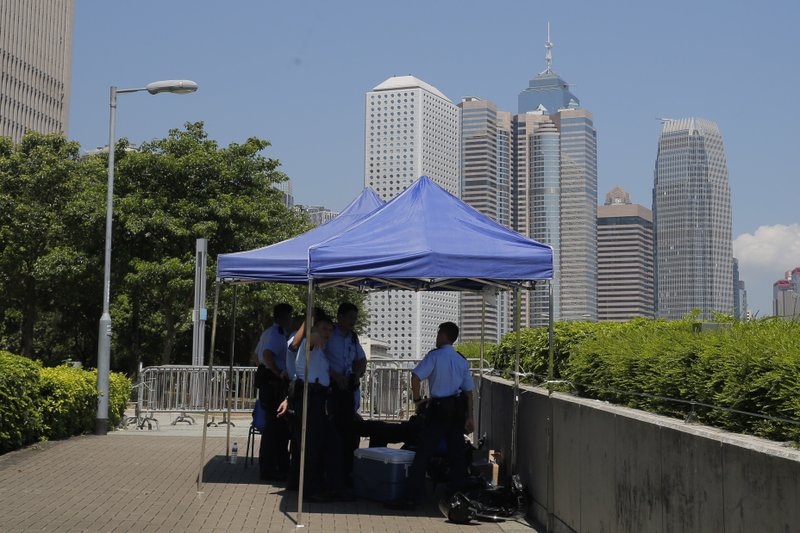 Lam told media Saturday she took the move in response to widespread public unhappiness over the measure, which would enable authorities to send some suspects to stand trial in mainland courts.

Many in the former British colony worry it will further erode cherished legal protections and freedoms promised by Beijing when it took control in 1997.

A mass protest over the issue was planned for Sunday. Hundreds of thousands of Hong Kong residents took to the streets in earlier demonstrations. Protests turned violent on Wednesday, adding to pressures on Lam to back down.

Local media reported Saturday, citing unnamed sources, that Lam plans to announce she is suspending a proposed extradition bill that is unpopular with many Hong Kong residents.

Government officials have not confirmed that, though many lawmakers and others involved say it’s likely.

The legislation would enable authorities to send some suspects to stand trial in mainland courts. Many in the former British colony fear it might further erode legal protections and freedoms promised when Beijing took control of the territory in 1997.

Critics of the bill have urged Lam to withdraw it altogether, and to step down from her post as the top local official.

Hong Kong’s chief executive was to meet with her Executive Council as pressure mounts for her to delay or withdraw an unpopular extradition bill.

Carrie Lam, who was appointed by Beijing, was expected to speak with media later Saturday. TV networks showed lawmakers headed by car into a government compound.

Some Executive Council members have urged Lam to suspend debate on the bill, which would allow Hong Kong suspects to be tried in mainland China.

Another mass protest is expected Sunday after clashes turned violent on Wednesday, leaving about 80 people injured including 22 police officers.

Pressure on Hong Kong’s chief executive Carrie Lam has been mounting, with signs emerging that she may delay an unpopular extradition bill that has drawn hundreds of thousands of people into the streets in protest.

Reports say Lam is expected to make an announcement Saturday after talks that continued late into Friday night. Another mass protest is expected Sunday.

The pressure on Lam to withdraw the bill is intense, with many protesters demanding she quit. The Beijing-appointed leader of the former British colony is caught between a public anxious to protect civil liberties and legal protections guaranteed when control of the territory was handed to China in 1997, and her Communist Party bosses.

Protests died down late in the week after clashes with police that turned violent on Wednesday.