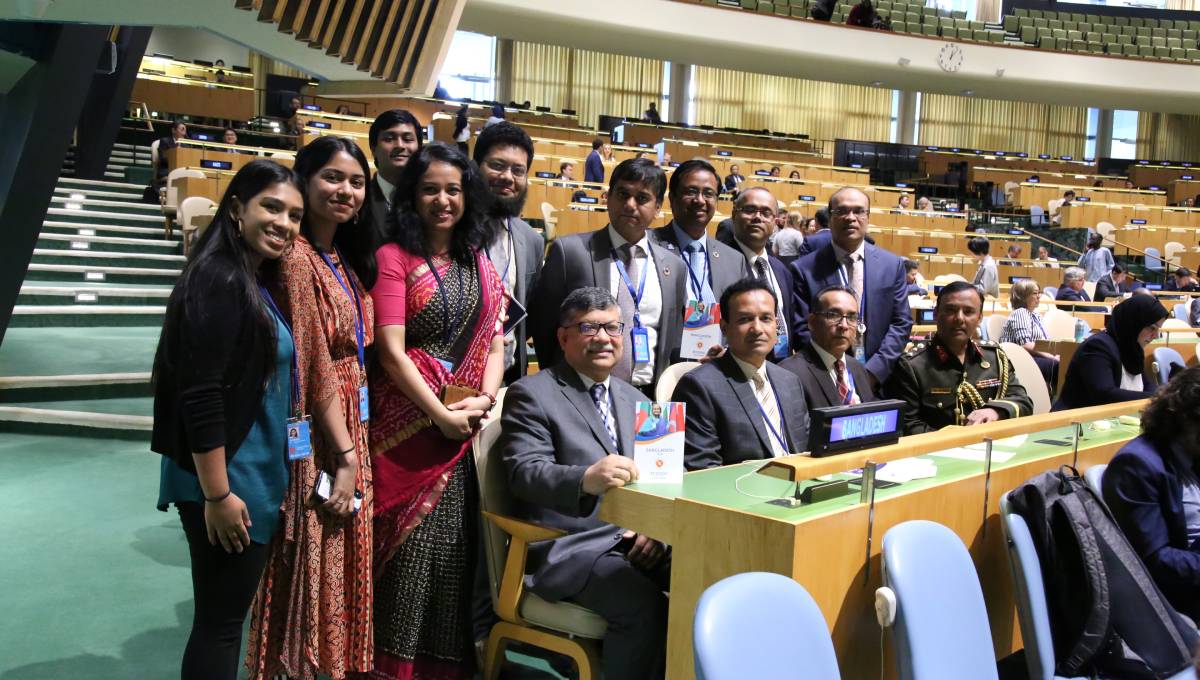 Dhaka, June 15 : Bangladesh was elected a member of the prestigious Economic and Social Council (ECOSOC) of the United Nations for the term 2020-2022 from the Asia-Pacific region by securing 181 votes out of 191.

The election was held at the UN General Assembly Hall on Friday, said a press release of Permanent Mission of Bangladesh to the UN received on Saturday.

Thailand, South Korea and China were the other countries elected from the same region.

ECOSOC, one of the six principal organs of UN, is also the most important platform of the UN system and for that matter multilateral diplomacy when it comes to development.

Under the visionary and dynamic leadership of Prime Minister Sheikh Hasina, Bangladesh is marching forward with an indomitable speed to achieve the Vision 2021 and Agenda 2030 and is recognized as a ‘role model’ of development, said the release.

The election was conducted under the Presidency of María Fernanda Espinosa Garcés, the President of 73rd United Nations General Assembly through secret ballot.

“This victory is a unique gift for the people of Bangladesh on the eve of centennial birth anniversary of the Father of the Nation Bangabandhu Sheikh Mujibur Rahman and Golden Jubilee of Bangladesh’s independence” said the Permanent Representative (PR) of Bangladesh to the UN Ambassador Masud Bin Momen while speaking to journalists in front of the United Nations Building.

Referring to Bangladesh’s fulfillment of the LDC graduation criteria last year, Momen said, “This membership of ECOSOC will help us achieve sustainable graduation and accelerate progress in the implementation of Agenda 2030.”

“This victory is a reflection of the development trajectory of Bangladesh with Prime Minister Sheikh Hasina at its lead. Over the past years, under the guidance and supervision of the Government of Bangladesh specially the Ministry of Foreign Affairs, all diplomatic Missions of Bangladesh particularly the Permanent Mission of Bangladesh to the UN have worked relentlessly for this election, so this victory is the recognition of our teamwork,” he added.

Through the membership of ECOSOC, Bangladesh will be able to work more intensively in implementing the Agenda 2030 through various forums, commissions, committees, executive boards and regional forums such as UNESCAP under ECOSOC. This will also enable us to share our best developmental practices with the rest of the world, said the Ambassador.

Bangladesh will commence its ECOSOC membership from January 2020. In 2018, Bangladesh was elected to the United Nations Human Rights Council for the 2019-2021 term.