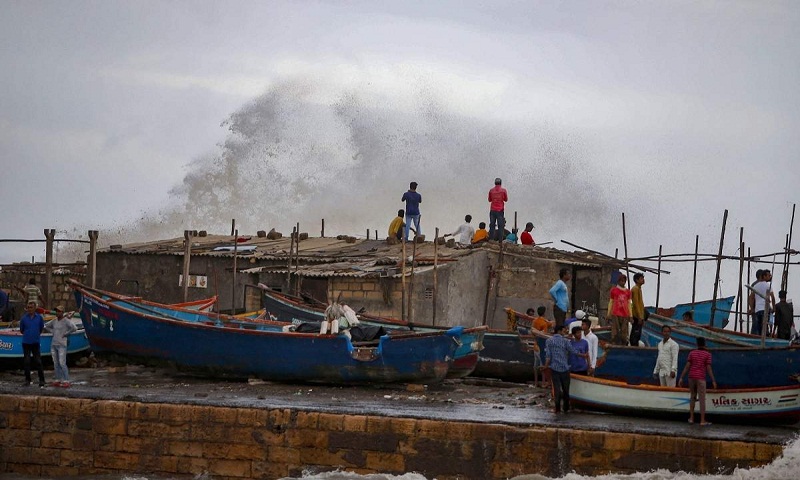 Gujarat, June 13 : Cyclone Vayu has changed its course and it is unlikely to hit the Gujarat coast, the India Meteorological Department (IMD) said Thursday.
“It (Cyclone Vayu) may not make landfall. It will only skirt the coast. It has made a small deviation. But, its effect will be there with strong winds and heavy rain,” Secretary at the Ministry of Earth Sciences M Rajeevan told PTI.

“It is very likely to move north-northwestwards for some time and then northwestwards skirting the Saurashtra coast affecting Gir Somnath, Diu, Junagarh, Porbandar and Devbhoomi Dwarka with wind speed between 135 and 145 kmph, gusting to 160 kmph from June 13 afternoon,” the Cyclone Warning Division said in its 8:30 am bulletin.