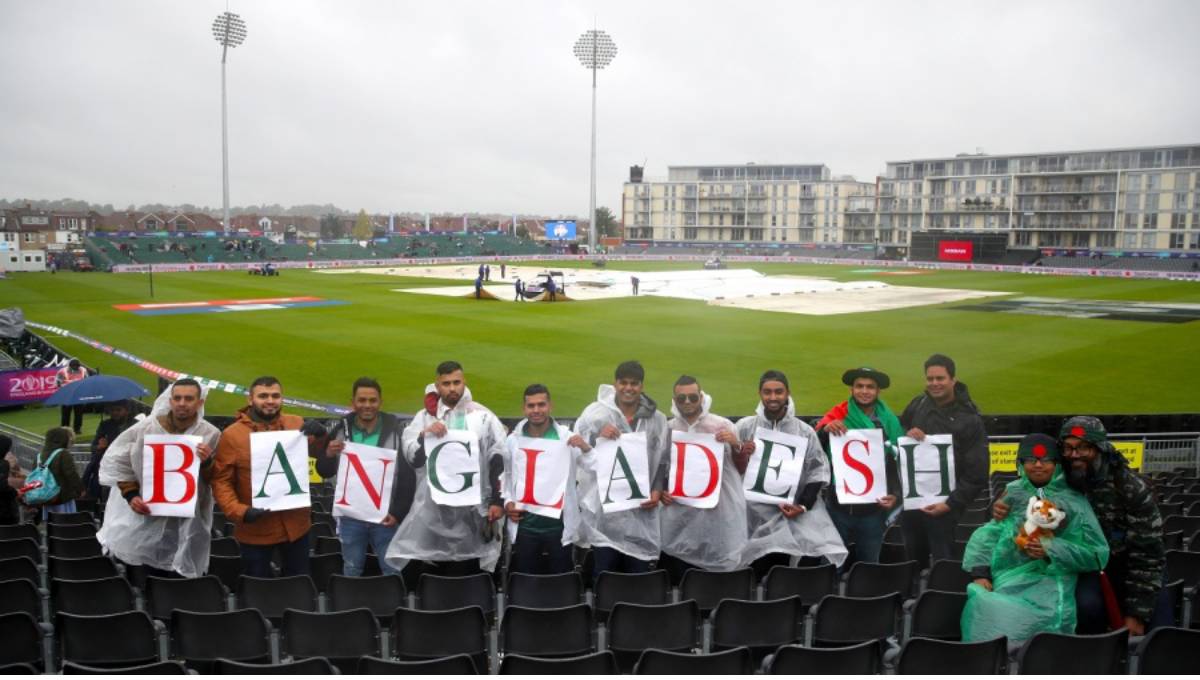 Bristol, June 11 : Tuesday’s match between Asian rivals Bangladesh and Sri Lanka at Bristol was called off without a ball being bowled due to rain.

Bangladesh were looking to make a comeback after losing two consecutive games against New Zealand and hosts England.

Tigers and the Lankans were awarded one point each.

Sri Lanka have accumulated four points while Bangladesh gathered three from four matches. The unwanted draw left Bangladesh to ponder about many things about qualifying for the semi-finals.

Bangladesh have five more matches left and they need to win at least four of them to qualify for the semi-finals without relying on the results of others’ matches.

Sri Lanka, on the other hand, lost their first World Cup match to current runners up New Zealand but won their second game against Afghanistan. They got another point in their third game when the match was washed out.

Bangladesh will take on West Indies in their next game on June 17 at The Cooper Associates County Ground, Taunton, while Sri Lanka will face Australia on June 15 at Kennington Oval, London.

Bangladesh through to World Cup qualifiers after goalless draw against Laos