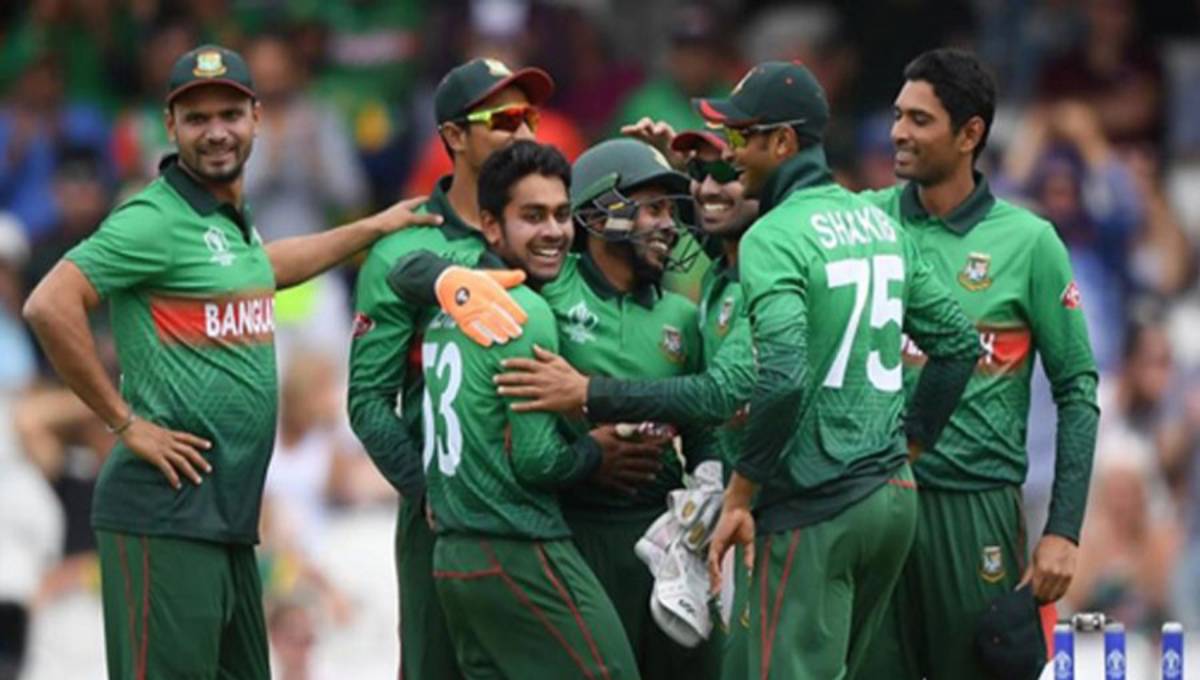 Dhaka, June 10 : After losing two of their first three matches in the ongoing ICC Men’s World Cup,  Tigers now want to bounce back against Sri Lanka in their fourth game which is set to take the field tomorrow at the County Ground, Bristol.

The match will take place at 3:30 (BdST), and it will be telecast by Maasrangatv, Gtv and Btv. Along with these three tv channels, the match will also be telecast through Rabbithole (rabbitholebd.com) and Bioscope (bioscopelive.com).

Mashrafe Bin Mortaza-led team has already reached Bristol after losing their third match at Cardiff against the hosts England by a big margin of 106 runs.

Before that, the Tigers were defeated by New Zealand as well by two wickets in spite of a hard-working effort by the bowlers to defend a moderate total of 244 runs.

Despite two back to back losses, Bangladesh managed a good start to their World Cup assault as they won the first game against South Africa who came to the World Cup as number three team after England and India.

However, Tigers are not bothered with the losses in the last two games. They are now just looking forward to turning the things around in the next game against their sub-continental opponent Sri Lanka who are set to play this game with three points from three matches (win 1, loss 1, no-result 1).

“We have lost two matches in a row. But this is not a big setback. We still have six matches to play in the World Cup. If we can execute our plans properly and win some of them, we can still make our way to the semi-finals,” Bangladesh all-rounder Mehidy Hasan Miraz told the media after losing to England.

“First three matches are gone. So we are not bothered by those. Now we have to bounce back in the next game and to do that we have to play our best cricket. We are focused on the next game now,” Miraz further said.

Ahead of the clash against Sri Lanka, Bangladesh have nothing to take as the inspiration from their history of World Cup against them. Tigers have played Sri Lanka three times in the World Cup and failed to register any win.

However, after the last World Cup, Bangladesh faced Sri Lanka in seven ODIs and won three of them, which indicates that the Tigers are now a team who can fight shoulder to shoulder against the island nation.

Before coming to this match, Bangladesh played their first three games with the same playing XI. But this time around, they are all set to bring some changes.

According to a source close to the team management, Bangladesh are going to make at least two changes. Although the team management is yet to confirm the changes, that could be the inclusion of Liton Das and Rubel Hossain replacing Mohammad Mithun and MehidyHasanMiraz or Mohammad Saifuddin.

In the last five ODIs, Mithun scored 0, 26, 21, 17 and 43 respectively. He has been failing to justify his place at number five batsman in the playing XI. On the other hand, in his last two games (including warm-up against India) Liton scored 70-plus runs.
The team management might include Rubel considering the condition of Bristol. The right-arm pacer has the experience of playing 97 ODIs under his belt. So he is the most experienced pace bowler in Bangladesh’s World Cup squad after Mashrafe.