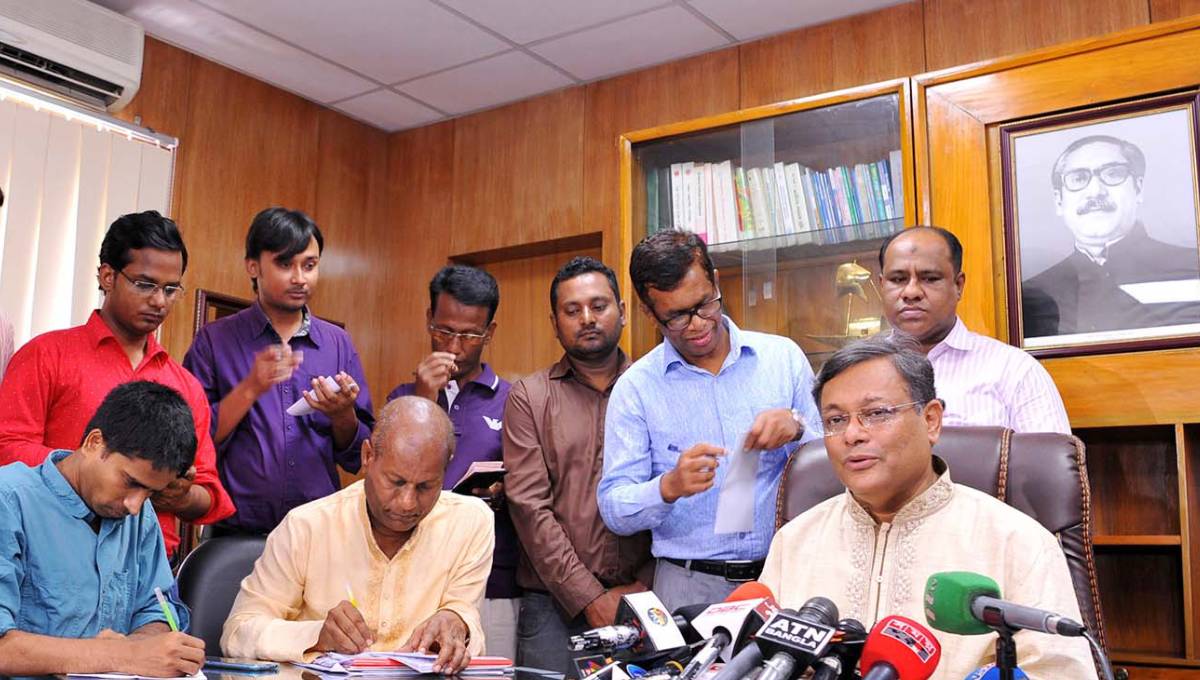 Dhaka, Jun 10 : Taking a swipe at Dr Kamal Hossain-led Jatiya Oikyafront, Information Minister Dr Hasan Mahmud on Monday said those who are unable to keep themselves united want to forge a greater national unity against the government.

“It makes me laugh…I feel pity seeing Oikyafront’s messy condition. They’ve long been repeatedly talking about forging a greater national unity. But now there’s no unity in Oikyafront. They’re going to hold a meeting today (Monday) to keep their unity intact,” he said.

The minister came up with the remarks while talking to reporters at his Secretariat office.

Mahmud said some leaders of the Oikyafront have already declared to quit the alliance. “The announcement to create a greater unity against the government by those who can’t keep themselves united is ridiculous.”

About BNP’s lone female MP Rumeen Farhana’s comment that the current parliament is illegal, he said she branded herself as illegal after taking oath as an MP of parliament. “It’s their habit to make contradictory remarks.”

The minister said BNP has first said they would not join the parliament under any circumstance. “They later took oath, and even took the share of a seat reserved for women. “There’s always contradiction in their words and actions.”

He also came down hard on BNP secretary general Mirza Fakhrul Islam Alamgir for terming the Prime Minister’s remark about Tarique devoid of political etiquette. “We need not to learn courtesy from BNP. I would like to urge Mirza Fakhrul to ask his party leaders to learn how to show good manner.”

Mahmud said it is the duty of the state to execute the sentence awarded to any convict person by the court.

He said the Prime Minister said the sentences that courts have handed down to Tarique Rahman in different cases will surely be executed. “There’s nothing discourteous in her comment.”

One killed as wall collapses after blast in city