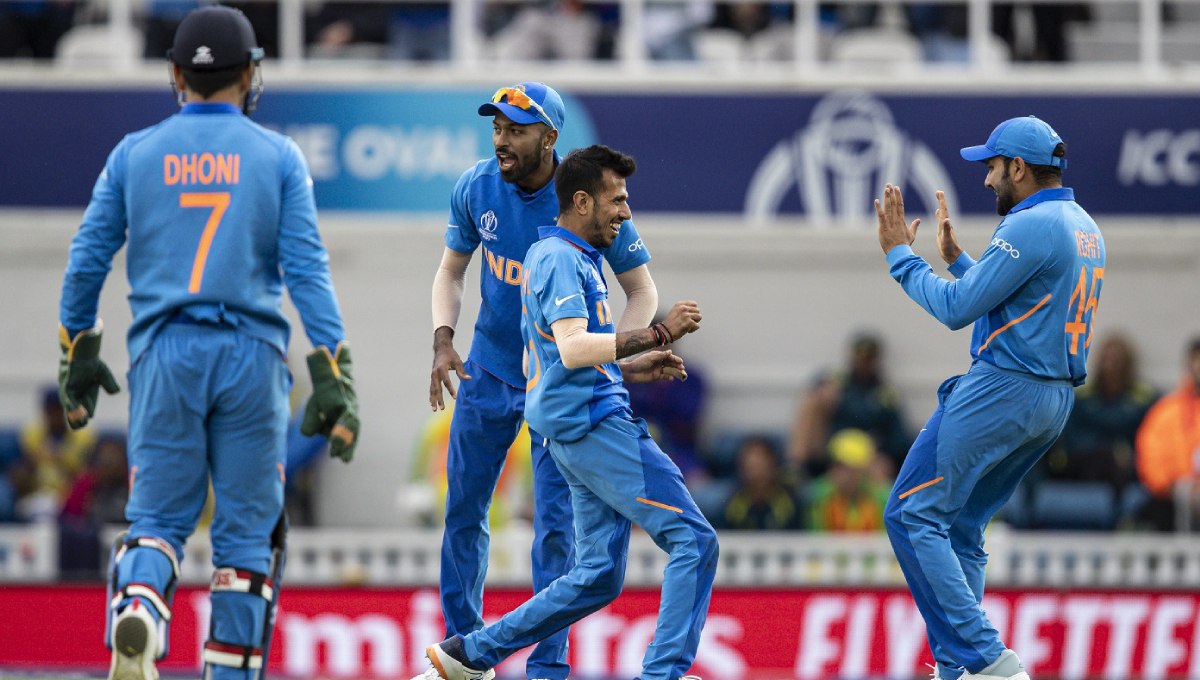 Oval (London), June 9 : Virat Kohli-led India proved why they are considered favourites in the ongoing ICC Men’s World Cup as they thrashed current champions Australia on Sunday at the Oval, London by 36 runs.

Dominant India posted a massive total of 352 while batting first and then restricted Australia to 316 all-out in 50 overs. David Warner (56), Steven Smith (69) and Alex Carey (55*) hit fifties but their efforts went in vain as Bhuvneshwar Kumar and Jasprit Bumrah bagged three wickets to seal the win for them.

Australia needed an imperious start to chase down a massive target of 353, but they disappointed to do that. David Warner and Aaron Finch added 61 runs in the first wicket stand but took as many as 13 overs which made their remaining task tougher.

India got the first breakthrough trapping Finch by a run-out effort from Kedar Jadhav and Hardik Pandya. The Australian captain managed 36 off 35 balls. In the second wicket stand, Warner and Usman Khawaja put up 72 runs.

But the southpaw duo was not fast as it was needed to chase the target. Warner fell for 56 off 84 deliveries with five fours. The former vice-captain of Australia was unusually sedated in the middle. He was removed by Yujvendra Chahal.

After Warner’s removal, Usman and Steven Smith were dragging the hope of the defending champions ahead, but Australia were never in a position to seal this game.

After 35 overs, Australia needed 166 more runs to win the game with eight wickets in hand. However, they lost three more wickets while going to 40th over from 35th. While Jasprit Bumrah removed Khawaja in the 37th over, Bhuvneshwar Kumar scalped Smith and Marcus Stoinis in three deliveries of the 40th over.

In the last 10 overs, the defending world champions needed 115 with five wickets in hand, but they ended scoring more 78 runs losing the rest of the wickets.
Wicketkeeper-batsman Carey remained unbeaten hitting 55 off 35 balls with five fours.

Earlier, India set up a big challenge of 353 for Australia, who won their first two matches of this World Cup respectively against Afghanistan and West Indies, relying on the hundred of Shikhar Dhawan.

The foundation of this big total was set by the opening stand of 127 runs as both Dhawan and Rohit were steady and calm since the start of the innings. Standing on this foundation, India dominated the Australian bowling attack showing the reason why they are considered as the favourites in the World Cup.

India will take on New Zealand on June 13 at Trent Bridge, Nottingham, while Australia will lock horns against Pakistan on June 13 at The Cooper Associates County Ground, Taunton.