No way for Tarique to escape punishment: PM 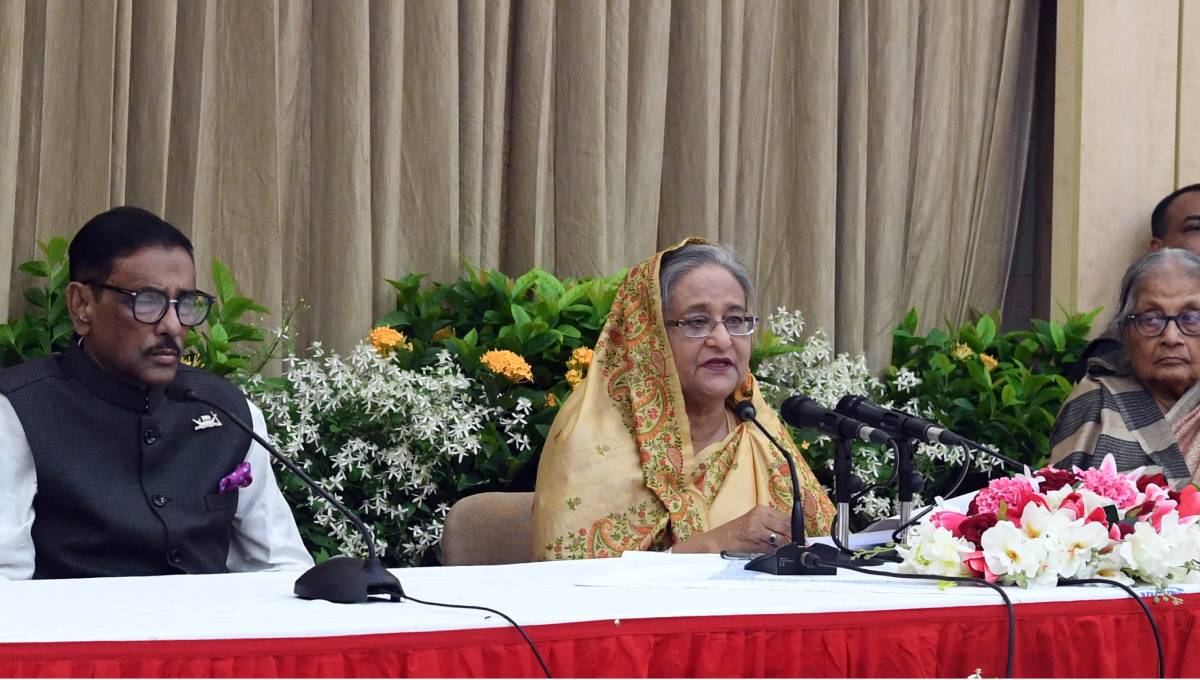 Dhaka, Jun 9 : Prime Minister Sheikh Hasina on Sunday reaffirmed that the punishment BNP acting chairman Tarique Rahman was given by court in different cases will surely be executed.

“We’ve been in talks with the British government (to bring Tarique back home)…I can say the punishment (he was awarded by the court) will be executed today or tomorrow,” she said.

Sheikh Hasina came up with the remarks while speaking at a press conference at her official residence Ganobhaban about the outcome of her recent tri-nation visit to Japan, Saudi Arabia and Finland.

Replying to a question by a journalist about the update over government efforts to bring Tarique back home, the Prime Minister said, “I hate to take this name.”

She said Tarique has been leading a luxury life in London as he amassed huge ill-gotten money. “He tries to create some problems whenever I go there.”

Hasina came down hard on a section of people who shed crocodile tears for Tarique forgetting the misdeeds he committed when BNP was in power.

“How do you forget the August-21 grenade attack? I’s not supposed to remain alive the way the attack was launched.   Ivy Rahman and many others died in the attack when they (BNP) were in power,” the PM said.

He also said repeated attempts and attacks were made by BNP on her life. “They also killed our thousands of leaders and activists. You’re out there crying for the killers who embezzled the money of orphans and involved with smuggling 10-truck arms.”

She also questioned how the government will try the criminals if people show sympathy to a convicted offender like Tarique.

Tarique, who was declared a fugitive by Bangladesh courts, has been sentenced up to life in jail in several cases, including that of money laundering, corruption and August-21 grenade attack on an Awami League rally.

On September 11, 2008, Tarique Rahman went to London for treatment, and he has been living with his family there since then.

He was arrested on March 7, 2007 during the army-backed caretaker government and later released on parole on September 3, 2008.

6 dead in storms and floods in southeastern China

US leaves door open to China on trade talks at G20