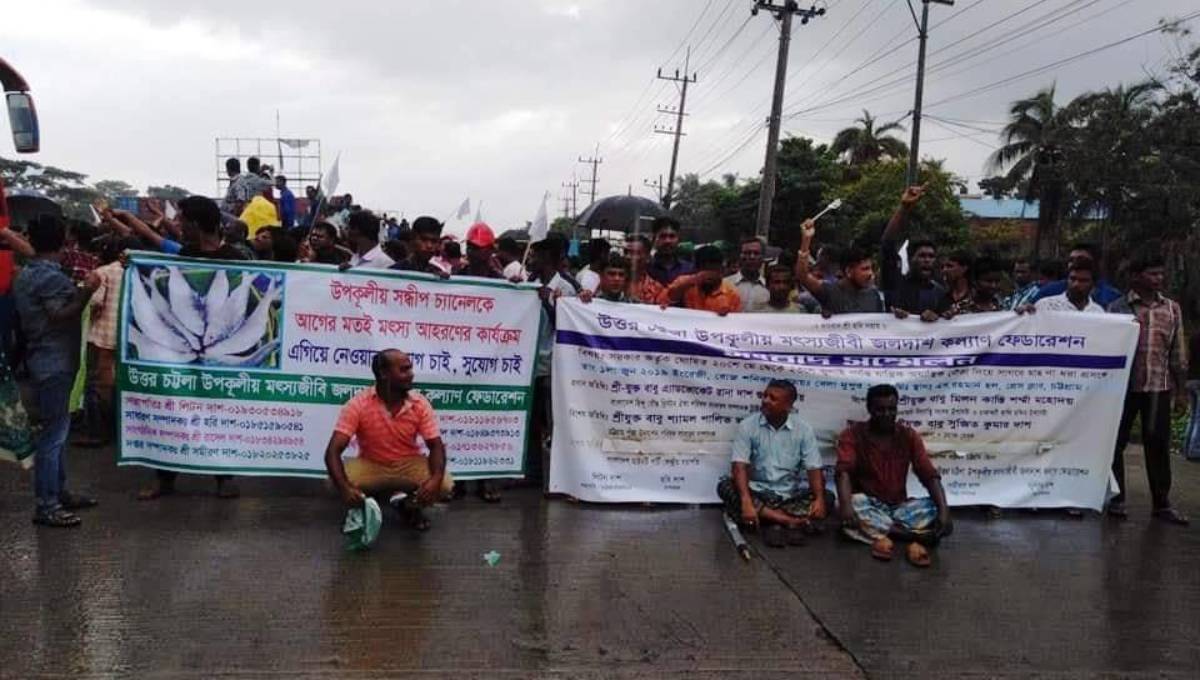 Chattogram, June 9 : Traffic movement on the Dhaka-Chattogram Highway was halted for about two hours on Sunday when fishermen blocked the road in Sitakunda upazila demanding withdrawal of fishing ban in the Bay.

Several hundred people from ‘Matshyajibi Jele Somproday’ organisation came out on the street around 10am.

Halting vehicular movement caused immense sufferings to commuters returning to their workplaces after the Eid-ul-Fitr vacation.

Locals said the fishermen gathered on the road as part of their pre-announced programme. They put up barricades and demonstrated demanding withdrawal of the 65-day ban imposed on May 20.

The government had said that it would provide 40 kilograms of rice monthly to each of 4,14,784 fishermen’s families in 42 upazilas of 12 coastal districts during ban from May 20 to July 23.
But Liton Das, president of Uttar Chattarala Coastal Fisheries Cooperatives Jaldas Welfare Federation, accused the government of not arranging any alternatives for them.

“This has pushed 50,000 families of fishermen towards uncertainty,” he said, threatening to intensify their movement if their demand is not met.

Sitakunda Upazila Nirbahi Officer Milton Roy said that the protesters had kept the road blocked for about an hour. “We cajoled them into ending their blockade and arranged their meeting with the deputy commissioner,” he said.

PM to brief media at 5 pm about tri-nation visit