Six-point demand was the charter of freedom: Quader 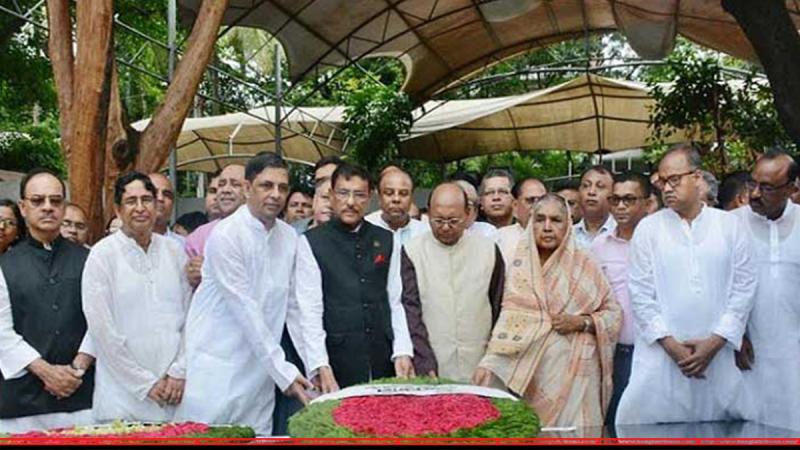 Awami League General Secretary Obaidul Quader on Friday referred to six-point demand as charter of freedom of Bangalee, saying the people who disapprove June 7, the milestone of Independence, don’t believe in the Liberation War.
“The six-point demand was the charter of freedom of the Bangalee nation,” he told journalists after placing wreath at the portrait of Father of the Nation Bangabandhu Sheikh Mujibur Rahman in front of Bangabandhu Bhaban in city’s Dhanmondi area.

Quader, also the road transport and bridges minister, said the historic June 7 is an unforgettable and significant day in the history of Bangladesh.He said the historic movement for six-point demand, declared by the greatest Bengali of all time Bangabandhu, took an important turn on June 7, 1966.

On this day in 1966, the Awami League (AL) under the charismatic leadership of Father of the Nation Bangabandhu Sheikh Mujibur Rahman called for a day-long hartal throughout East Pakistan, pressing the demand for autonomy to end the exploitation, deprivation, subjugation and tyranny of the then central government of Pakistan on the people here.

People took to the streets during the dawn-to-dusk hartal throughout the province and the law enforcement agencies, including the East Pakistan Rifles (EPR), opened fire on the demonstrators in Tongi, Dhaka and Narayanganj that left 11 people, including labour leader Monu Miah, Shafique and Shamsul Huq, killed.

Theresa May officially steps down as Tory leader