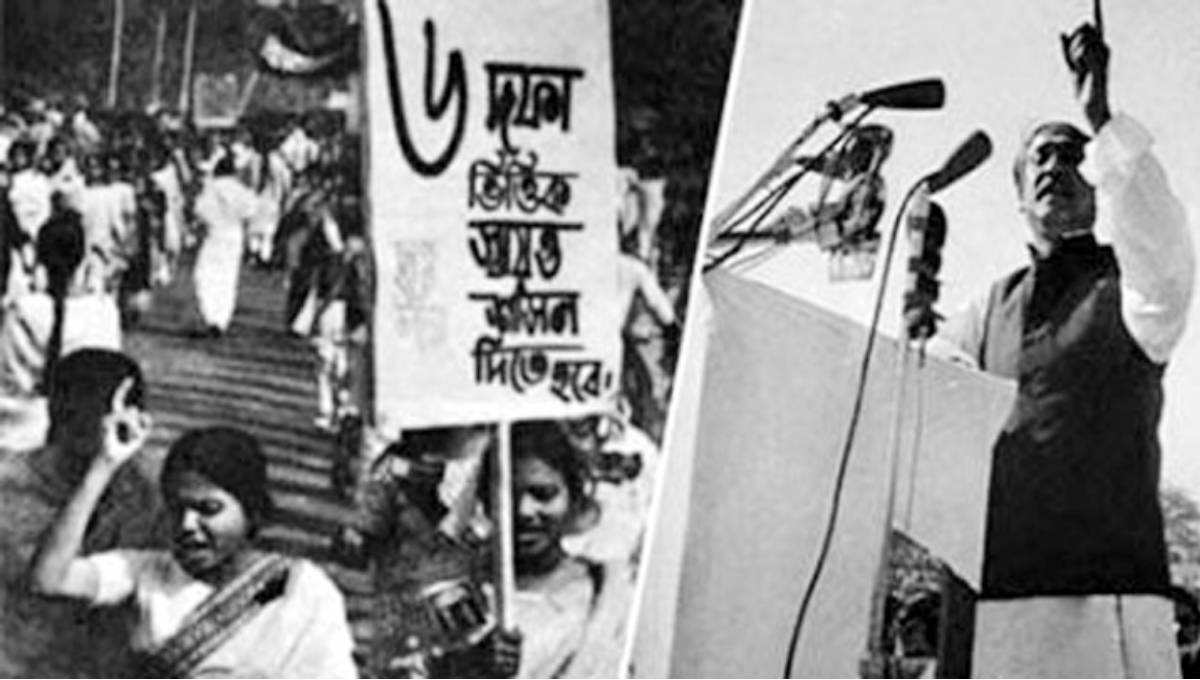 Dhaka, June 7 : The historic Six-Point Day is being observed in Bangladesh on Friday.

The people of the then East Pakistan had joined the Awami League’s call for a daylong shutdown on this day in 1966 to press for specific demands including autonomy.

Bangabandhu Sheikh Mujibur Rahman had placed the demands several months earlier to end the exploitation, deprivation, subjugation and tyranny of the then Pakistani government on the people of the eastern province.

At the call of Awami League, the people of the then East Pakistan joined the Six-Point Movement spontaneously and observed the dawn-to-dusk hartal across the province.

The law enforcers opened fire on demonstrators at various places in Dhaka and Narayanganj, killing at least 10 people. The killings intensified the movement.

The six points included having a federal structure of government based on the spirit of the Lahore Resolution of 1940, with a parliament elected on the basis of universal adult franchise.

It also asked for the central government’s authority only in defence and foreign affairs and vesting all other subjects in the federating units of the state of Pakistan.

It also demanded a separate militia or paramilitary force for East Pakistan as a measure of its security.