Bangladeshi pilot detained at Qatar Immigration for not having passport 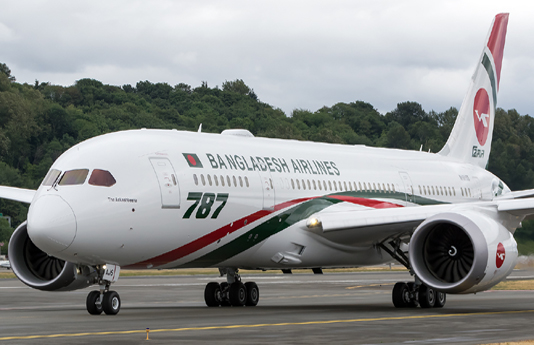 Qatar, Jun 6 : A Bangladeshi pilot has been detained at Immigration of Doha International Airport in Qatar.
The pilot is identified as Captain Fazal Mahmud, a pilot of Biman Bangladesh Airlines.

Now a question has been raised as to how he (the pilot) crossed Bangladesh immigration without having national indentity.Fazal Mahmud, the pilot of Biman flight reached in Doha International Airport of Qatar on Wednesday night.

According to sources, a flight of Biman (Dreamliner 787) went to Qatar airpoprt on Wednesday from Dhaka airport to bring Prime Minister Sheikh Hasina, now on foreign tour. Captain Fazal Mahmud was the pilot of that VVIP flight of Biman Bangladesh Airlines. The immigration of Qatar found came to know that he was travelling without passport. Later, he was kept at the immigration department.

Confirming the matter, Mohibul Haque, secretary of Ministry of Civil Aviation and Tourism said the passport of the pilot has been sent to Qatar Immigration.

“The matter will be investigated whether the pilot indulged in any kind of negligence in this regard,” said Mohibul Haque.

As per the law, there is no scope of anyone to leave country or enter in any country without passport.

Fazal Mahmud informed Qatar Immigration that he kept his passport at a locker of the operation room of Biman flight.