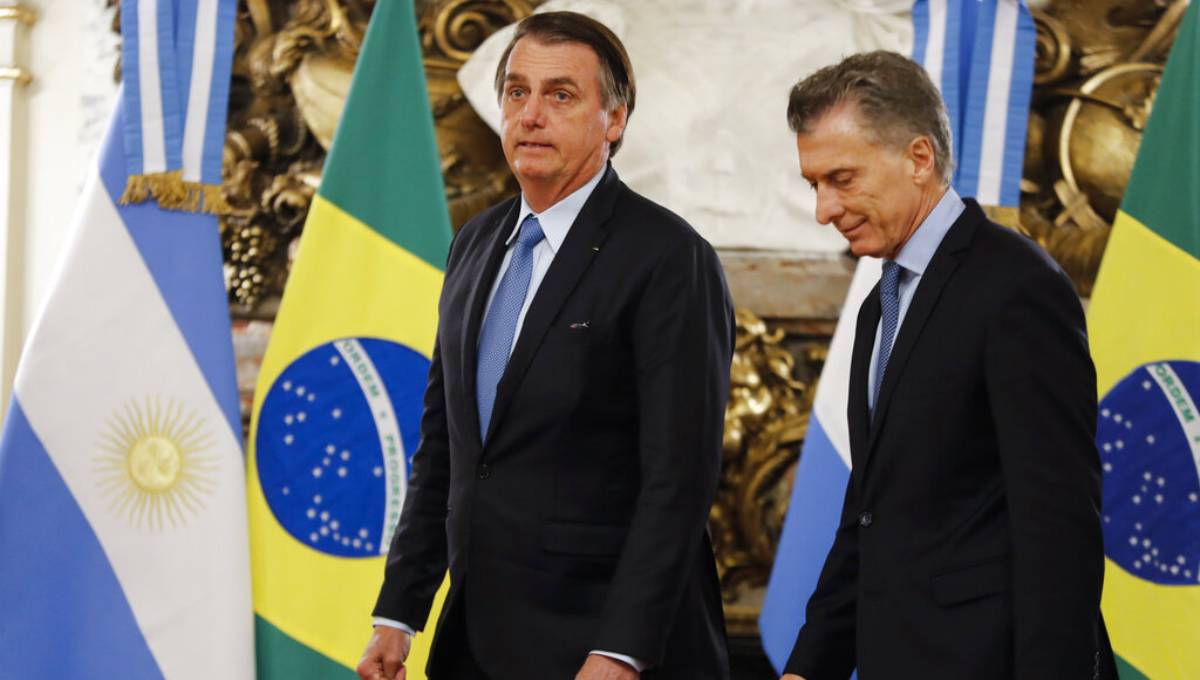 Argentina, June 7 : The conservative presidents of Brazil and Argentina reiterated their rejection of Venezuela’s socialist government Thursday as the far-right Brazilian politician Jair Bolsonaro made a state visit to Buenos Aires.

Venezuela is suffering an economic and governance crisis that has led more than 3 million people to flee the country in recent years, and dozens of nations say Nicolás Maduro won a new presidential term in an illegitimate election last year.

Argentina and Brazil “will do everything possible to restore democracy in Venezuela,” Argentine President Mauricio Macri said while standing next to Bolsonaro

Macri will seek re-election October and Bolsonaro has expressed support for his bid.

Bolsonaro has also been critical of leftist former President Cristina Fernández, saying that if she returned to power running as vice president on the ticket with her former chief of staff, Argentina would suffer the same problems as Venezuela.

“All of South America is concerned that there will be no other Venezuelas in the region,” Brazil’s president said.

The two presidents also discussed potential energy deals and the fight against corruption and organized crime, which are entrenched in both nations.

Macri said both countries would seek to improve South America’s Mercosur trade bloc, which he said is “very close” to finishing a free trade deal with the European Union. Brazil is Argentina’s top trade partner.

During the visit, Argentina also agreed to contribute security measures for the Copa America soccer tournament being held June 14-July 7 in Brazil.

Argentines frustrated by a recession, the sharp depreciation of the peso and high inflation have been out in the streets protesting Macri’s policies.

Bolsonaro is struggling to advance his agenda and is also coping with a falling currency. He has faced protests against plans for cuts in education spending and has seen his approval rating slide since a big election win last year.

The Brazilian leader has further angered many people with comments seen as disparaging to women, blacks and homosexuals.

A few dozen protesters turned out for an anti-Bolsonaro demonstration on historic Plaza de Mayo in front of Argentina’s presidential place. One sign proclaimed: “Argentina rejects Bolsonaro. Your hate is not welcome here.”

Amnesty International said it had sent a letter to Macri asking him to keep in mind Bolsonaro’s aggressive rhetoric ahead of their meeting. “The toxic words and the anti-rights rhetoric is now being turned into concrete measures in Brazil,” the local branch of Amnesty said in a statement.