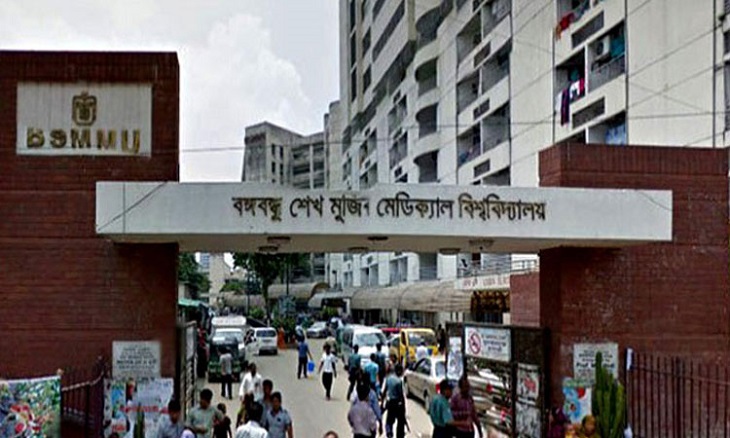 Dhaka, June 6 : A petrol bomb was found at Bangabandhu Sheikh Mujib Medical University (BMSSU) on early Thursday.
Being informed, Shahbag Thana police recovered the bomb in front of the varsity’s registrar’s room at third floor of the administrative building.

Officer-in-charge Abdul Hannan of Shahbag thana said police were looking into the matter on how the petrol bomb was reached there.Two days ago, an incident of setting on fire infront of the room of registrar Abdul Hanna was also happened.

Imprisoned BNP chairperson Begum Khaleda Zia are under treatment at the hospital.