He claims no rift in Oikyafront 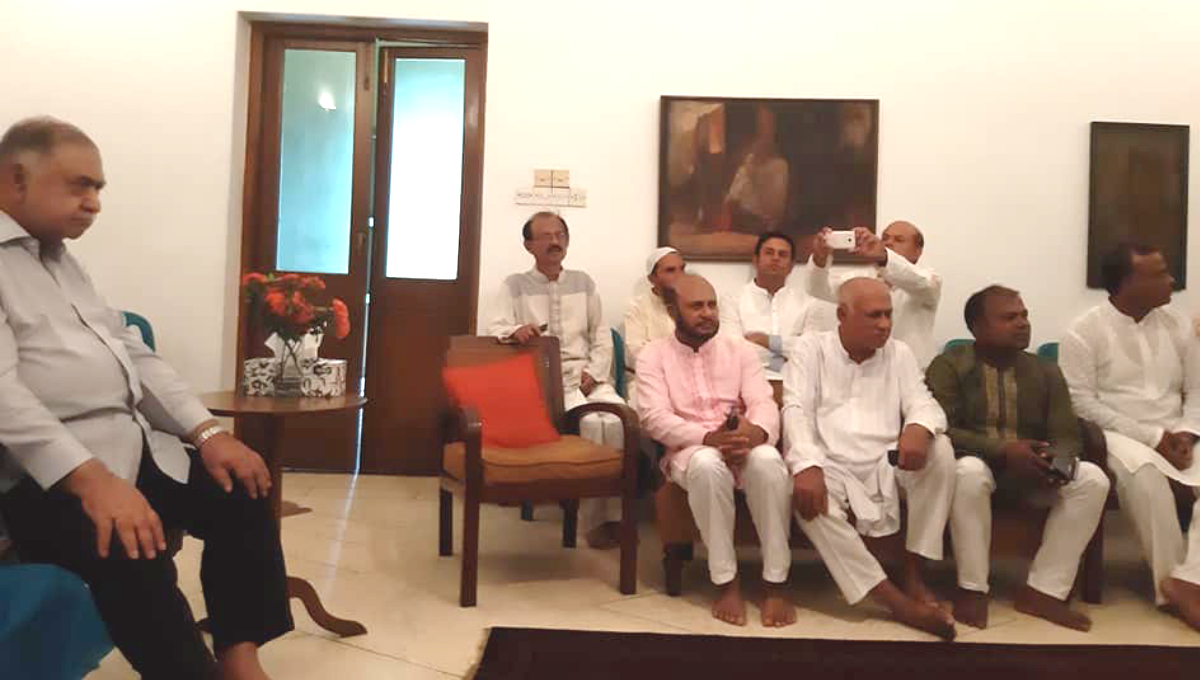 Dhaka, June 6 : Jatiya Oikyafront convener Dr Kamal Hossain on Thursday said they are working to expand their alliance to intensify their ongoing movement to “restore democracy”.

“Our goal is to forge a strong unity of people and other likeminded political parties. We’re working on it,” he said while exchanging greetings with leaders and activists of Gonoforum at his Bailey Road residence.

The Gonoforum chief said they believe such unity “is imperative to get rid of the undemocratic situation”.

Dr Kamal said the country’s people are being deprived of a democratic system.

“Our goal is to restore democracy and give back people the control of the country as soon as possible. We’ll intensify our movement to reach our goal in the interest of the country and its people,” he said.

The Oikyafront chief said they are thinking of strengthening their movement by this year consolidating their unity to ensure ‘genuine’ democracy and realise their all the justified demands.

He also said an anarchic situation has been prevailing in the country with the growing incidents of rape and killing of women for lack of democracy. “People are also going through immense sufferings. So, there’s no alternative to genuine democracy.”

As his attention was drawn to a speculation over a possible split in Oikyafront, Dr Kamal said there is no rift in their alliance. “We’re going to sit at a meeting on June 12 to work out our strategy to take to the streets cementing our unity.”

About Oikyafront leader Kader Siddique’s ultimatum to quit the alliance by June 8, Dr Kamal said they have already talked to him in this regard elaborately, “We hope we’ll be able to reach a positive decision on June 12.”

Asked what they will do if the government does not accept their demand for holding a national election promptly, he said they are devising their plans to realise their demand.

At one stage of the programme, Gonoforum ex-general secretary Mostafa Mohsin Montu joined it and exchanged greetings with the party leaders.

Replying to a question whether there is a distance between Gonoforum and Montu, party executive president Subrata Chowdhury blamed media for creating such hype.

Then Dr Kamal said, “You (journalists) have created it and now you can remove it.”