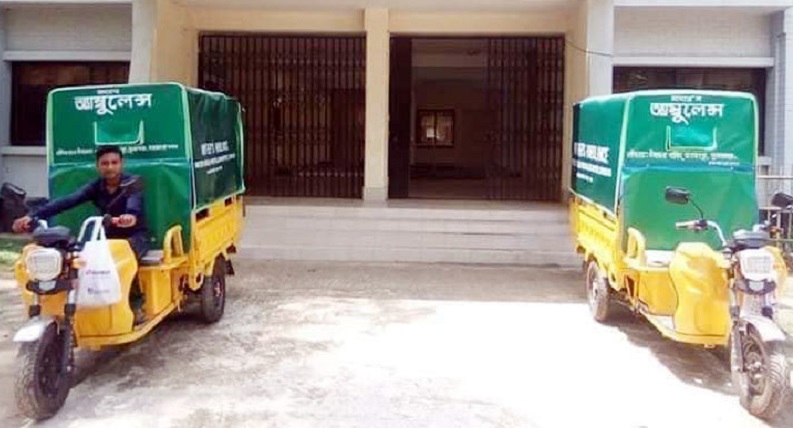 Sunamganj Correspondent : The launch of rural ambulance service for the expecting women has brought rays of hope to the rural peoples of Jagannathpur Upazila in Sunamganj.
The expecting mothers in rural areas used to suffer many problems including transportation when they need to admit to a hospital. As the number of ambulances in Upazila Health Complexes are very limited, they are also unable to cater the service to the farthest areas.

Under the financing of Jaganathpur Upazila Parishad, every union of the upazila got improvised mother ambulances costing only two lakh taka. 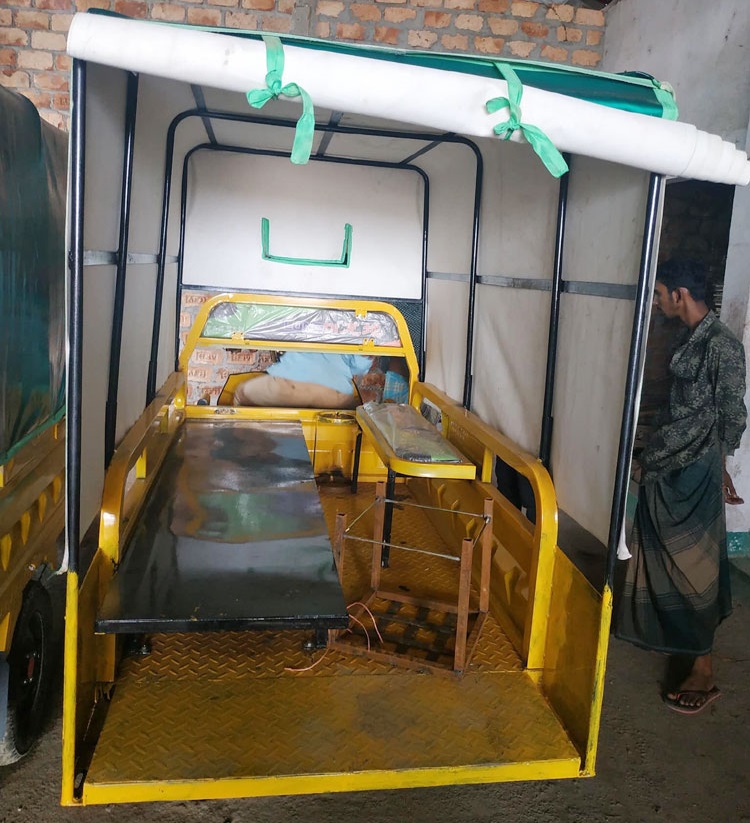 This initiative of the Upazila Parishad has become a harbinger of cultural change, which is to be expected as greatly beneficial to the womenfolk.

According to the data provided by Jagganathpur Upazila Parishad, there are around 2,59,490 peoples in the upazila comprised of a Pourashava and eight unions. The distance between Upazila Health Complex and Union Parishad is very far and has only one ambulance under the arrangement of the hospital. For this reason, mothers were getting deprived from service. Considering this inconvenience, the Upazila Parishad bought two ambulances under the ADP project.

Locals said, the provision of ambulance service on a phone call to carry the expecting mother to a nearby health centre is no less than a revolution, which was earlier unimaginable for such communities.

The government has made a successful attempt to reduce the risks to the lives of mother and child by providing a safe delivery facility through skilled birth attendants, but due to transportation problem, some women in rural areas are still out of reach.

Due to the successful strategy of the Upazila, the system of health sector from the basic health units up to the district headquarters hospital is being transformed.