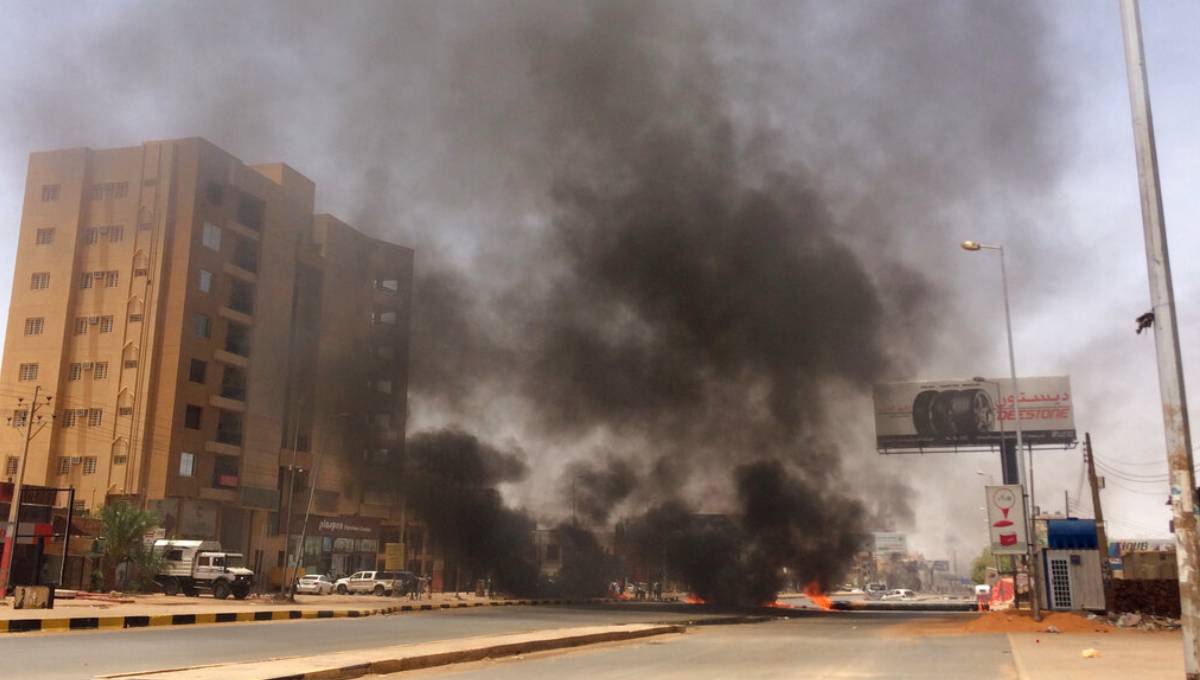 Photo: Sudanese protest organizers say the killing of two more people increases the death toll to 40 since the bloody dispersal of a sit-in in the capital Khartoum.

Sudan, June 5 : Sudanese protest organizers say the killing of two more people increases the death toll to 40 since the bloody dispersal of a sit-in in the capital Khartoum.

Security forces on Monday broke up the protest camp outside military headquarters.

The Sudan Doctors’ Committee said Tuesday the exact number of those been killed across Sudan since Monday’s attack is still unknown. It says there were wounded people inside the tents that were burnt by security forces.

The group has quoted an unnamed source as saying that he saw at least seven bodies at the sit-in area when he was held on Monday.

The doctors’ committee is the medical arm of the Sudanese Professionals Association, which has been spearheading protests against army rule.

Monday’s bloody dispersal of the sit-in poses a new challenge to the protest movement.

Organizers are now calling for toppling the ruling generals, after previously negotiating with them to hand over authority to civilians.

Sudanese protest organizers say two people have been killed in clashes between protesters and security forces in the capital, Khartoum.

The Sudan Doctors’ Committee says a woman was hit Tuesday by a stray bullet in her home.

Nazim Sirraj, a leading activist, says a child, 14, was also gunned down in clashes in Khartoum’s Haj Yousef neighborhood.

Sirraj says at least eight people, including a 5-year-old child, were wounded by live ammunition gunfire.

The doctors committee says there have been heavy clashes between protesters and security forces in Khartoum’s district of Bahri.

Mohammed Najib, a protester in Khartoum’s Bahri neighborhood, says forces from the paramilitary Rapid Support Forces used tear gas and live ammunition to disperse protesters who set up barricades in the main streets.

“Life is almost suspended in Bahri. The revolutionaries and RSF closed off the streets,” he said.

An international rights group is calling for the United Nations to launch an “impartial, independent” investigation into the Sudanese military’s recent crackdown on pro-democracy protesters that killed at least 35 people.

She’s calling Monday’s violence a “slap in the face for those who have been pursing dialogue to achieve a handover to civilian government.”

The bloody dispersal of the sit-in Monday poses a new challenge to the protest movement. Organizers are now calling for toppling the ruling generals, after previously negotiating with them to hand over authority to civilians.

Egypt’s national airline, EgyptAir, is saying it has canceled two flights to Sudan’s capital, a day after a deadly crackdown there by the military against a pro-democracy sit-in. Protest organizers say 35 people died in the bloodshed.

EgyptAir said in a statement that its flights late Monday and early Tuesday to Khartoum were canceled.

The Sudanese Pilots Association says it will take part in the civilian disobedience called for by protest leaders.

The move by the pilots’ union could severely affect international flights to Sudan.

The union is an affiliate of the Sudanese Professionals’ Association, which has spearheaded protests that led to the military’s ouster of longtime strongman Omar al-Bashir in April.

Thousands of Sudanese pro-democracy protesters remain defiant of the country’s military rulers, a day after the main sit-in site in the capital was violently emptied by security forces.

An Associated Press journalist saw protesters still building up barricades in the suburbs of Khartoum on Tuesday.

Nazim Sirraj, a leading activist in the Sudanese Professionals’ Association says thousands of people celebrated the Muslim holiday of Eid al-Fitr on Tuesday.

The military had said the Eid would begin Wednesday.

Mohammed Yousef al-Mustafa, a spokesman for the SPA, said the military’s decision on Eid was an effort to keep people in their homes after Monday’s “massacre.”

Sirraj says people took to the streets to call for toppling the generals, who themselves ousted longtime strongman Omar al-Bashir in April.

The U.N. Security Council is set to discuss Sudan after its ruling military conducted a deadly crackdown on pro-democracy protesters.

The United Kingdom and Germany requested the closed-door session, set for Tuesday afternoon.

Sudan’s military council said Tuesday it was canceling all agreements with protest leaders and would call elections within seven months.

Protesters had camped for months outside the military’s headquarters as the two sides negotiated over who would run the country after longtime strongman Omar al-Bashir’s ouster in April.