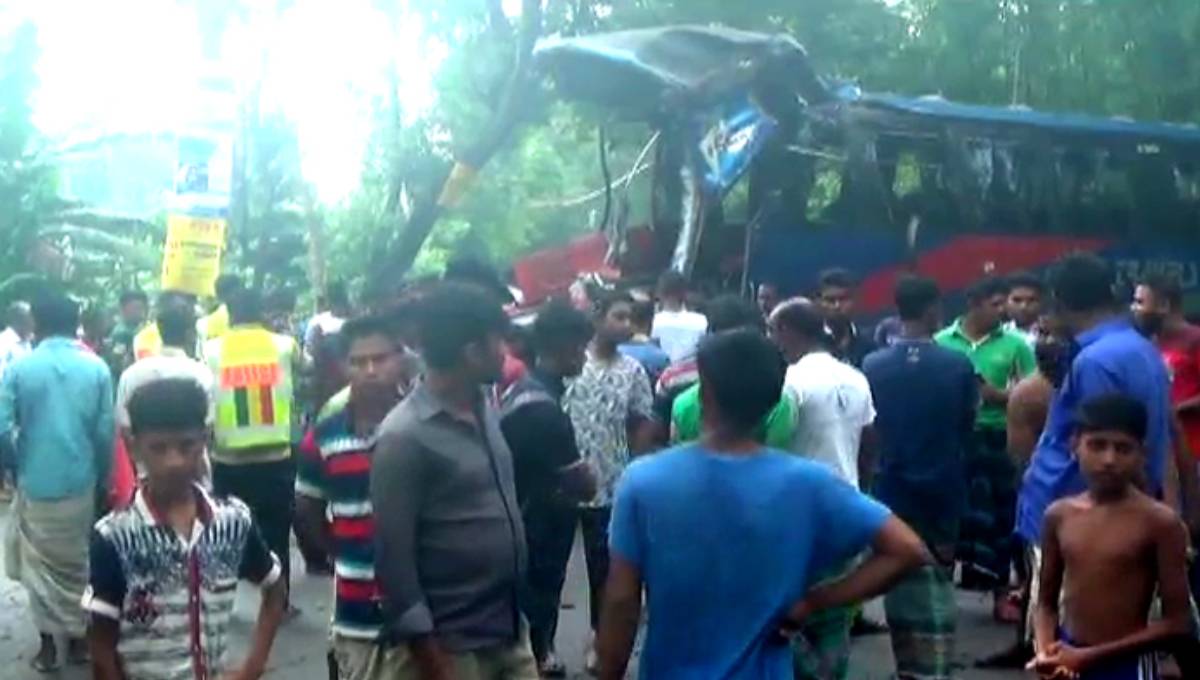 Photo: At least six people are killed after a passenger bus hit a roadside tree in the Sadar upazila on Wednesday, June 5, 2019.

Faridpur, June 5 : At least six people were killed after a passenger bus hit a roadside tree in the Sadar upazila on Wednesday.

The identities of the victims could not be known immediately.

Police said the accident occurred on the Dhaka-Khulna Highway’s Dhudli area around 6:30am.

Several passengers were killed on the spot after a Khulna-bound bus of AK Travel from Dhaka rammed into a roadside tree, said Kotwali police’s in-charge SM Nasim.

Some of the victims succumbed to their injuries while being taken to hospital.

Trump eases up, makes nice with May before she steps down