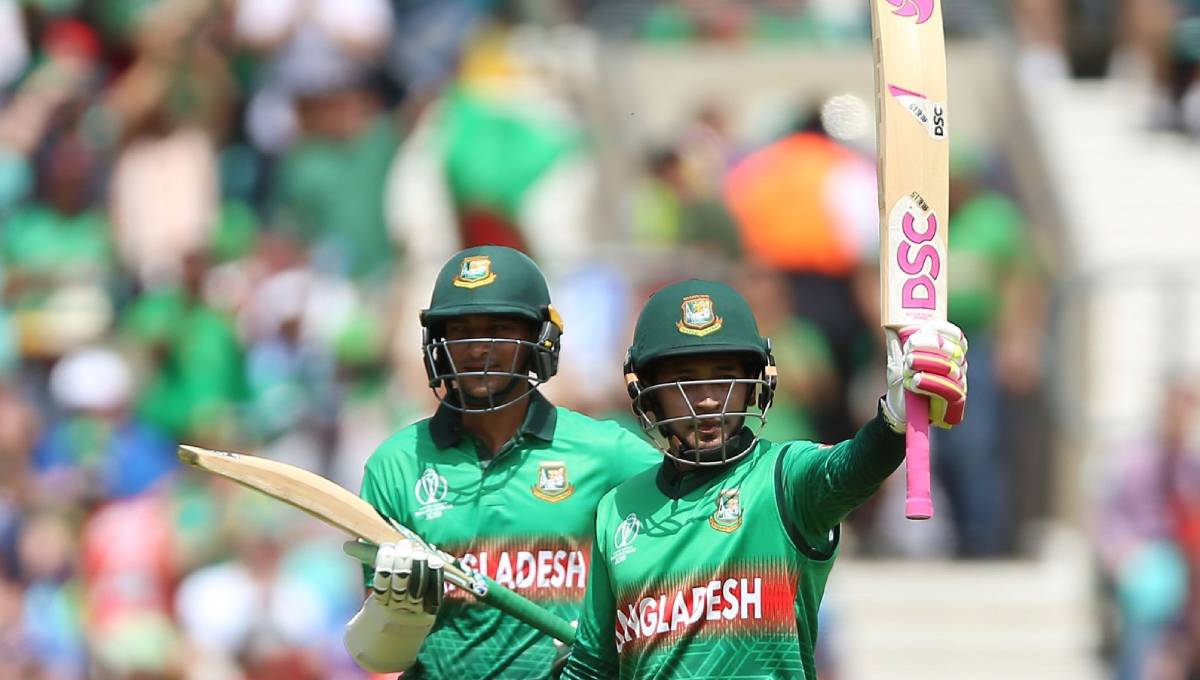 Oval (London), Jun 2 : With the help of two fifties from Shakib Al Hasan and Mushfiqur Rahim, Bangladesh post 331 runs on the board by six wickets in 50 overs in their World Cup opener against South Africa on Sunday at the Kennington Oval, London.

It was Bangladesh’s highest total against South Africa, and highest in the World Cup as well. Bangladesh’s previous World Cup highest score was 322 what the Tigers hit against Scotland in 2015.

South Africa captain Faf du Plessis won the toss and opted to bat first in the cloudy weather. He wanted to exploit the condition with his pace battery what includes Kagiso Rabada and Lungi Ngidi.

However, Bangladesh managed a formidable start to their innings as openers Tamim Iqbal and Soumya Sarkar added 60 runs in 8.2 overs. It was as good as the Tigers could hoped for.

In the fifth over, Soumya hit Ngidi for three fours to accumulate 14 runs from that over. One over later, he struck Ngidi for two fours more. The Tigers completed 50 runs in seven overs.

But right after this rampant start, the Tigers lost Tamim for 16 off 29 with two fours in the ninth over.

South African captain Faf du Plessis gave the ball to Andile Phehlukwayo as their first change bowler. He removed Tamim off a deadly bouncer. The southpaw tried to move the bat away but at the end, he managed an outside edge. Quinton de Kock took an easy catch behind the wicket.

On the other end of the wicket, Soumya was cruising to a big score. However, du Plessis gave the ball to Chris Morris as their fourth bowler. He came in and removed Soumya for 42 off 30 with nine fours.

Both of the first two bowling changes worked good for the Proteas, and both of the Bangladeshi openers fell while facing a short ball.

Bangladesh passed the 100-runs mark in the 16th overs, in which the Tigers scored 12 runs relying on a six by Shakib Al Hasan, who came to bat number three after the dismissal of Soumya. Mushfiqur Rahim joined him in the partnership and they added 100 runs 95 balls in the stand. Bangladesh completed 200 runs in 32 overs.

The partnership ended up with dismissal of Shakib after adding 142 runs. The southpaw fell for 75 off 84 with eight fours and one six. It was his 43rd ODI fifty and sixth in the World Cup. He was removed by a wonderful delivery off Imran Tahir.

Imran added further blow to the Bangladesh innings when he also dismissed Mohammad Mithun for 21 off 21. The right handed batsman went to sweep Imran but missed the line and saw his stumps got shattered.

Bangladesh’s aim to post a big total got further blow when Muahsiur fell for 78 off 80 with eight fours. Phehlukwayo delivered the ball at the shorter length and Mushfiqur tried to clear through the backward point area. But unfortunately, the ball find the fielder. It was Mushfiqur’s 34th fifty in ODI and fifth in the World Cup.

Eventually, relying on the some fiery displays from Mahmudullah Riyad (46 off 33 with three fours and one six) and Mosaddek Hossain (26 off 20 with four fours), Bangladesh ended up on 330 for six wickets in 50 overs. In the last 10 overs, Bangladesh added 86 losing two runs.

Tigers off to flying start in ICC World Cup